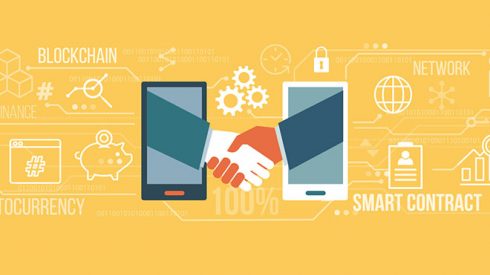 A new and emerging technology is hitting the ground running, and creating a frenzy in the industry. Bitcoin. Cryptocurrency. Initial Coin Offering (ICO). These are just some terms being seen in the headlines every day lately, but the real importance is the technology behind these terms: Blockchain.

Blockchain is a new technology that has been taking the industry by storm. Just the mere mention of blockchain can send stock prices soaring.

According to Gartner, a blockchain is “a shared, distributed, decentralized and tokenized ledger that removes business friction by being independent of individual applications or participants.”

It is the driving force behind things like bitcoin because bitcoin is a decentralized digital currency that works without a central bank or authority. It verifies transactions through network nodes and records them in a public distributed ledger. That distributed ledger is called a blockchain. “With distributed ledgers, virtually anything of value can be tracked and traded in a permanent, secure way that makes it easier to create cost-efficient business networks without requiring a centralized point of control,” said Brian Behlendorf, executive director of the blockchain consortium Hyperledger.