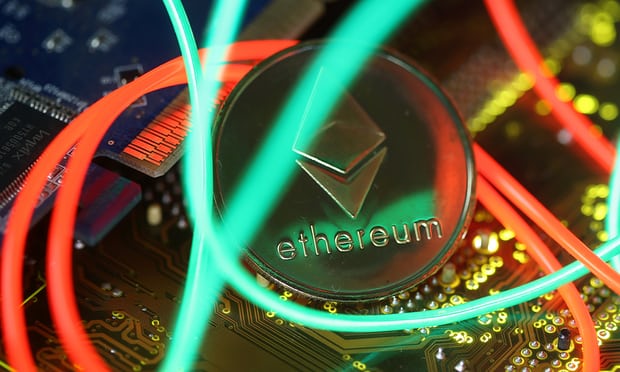 The UN’s children’s agency, Unicef, has launched a futuristic pilot project to utilise the cryptocurrency Ethereum to raise money for Syrian children.

The scheme is part of wider efforts by Unicef and other UN agencies to find uses for the “blockchain” technology associated with the cryptocurrency – the world’s second largest after the controversial Bitcoin – to revolutionise not only how aid organisations raise money but also to increase transparency in their financial transactions.

Blockchain – which emerged as one of the underpinnings of Bitcoin – is a shared record of transactions maintained by a network of computers. It has become a key technology because of its ability to record and keep track of assets or transactions with no need for middlemen.

Although cryptocurrencies have accrued an often dubious reputation, the recent moves suggest their growing potential in the complex world of humanitarianism, with its huge budgets and requirement to raise and move cash quickly.

Unicef’s Game Chaingers scheme recruits gamers to use the processing power of their computers to “mine” the currency for Syrian children. It is still in its infancy, raising little more than €900 (£795) so far, but it follows increasingly high-profile efforts by the UN to find uses for the technology.

These include everything from helping to reduce the 30% of UN aid budgets lost to corruption to building online identity portfolios for refugees, reconciling everything from health and education records to entitlements.

With a valuation of some $88bn (£62bn), Ethereum – which launched in 2015 – has an equivalent market value to Starbucks, according to Forbes magazine. But what is making Ethereum and its underlying way of operating particularly attractive to organisations like Unicef is that it can operate as a system for distributed computing.

In particular, say supporters, it is opening the way to “smart contracts”, allowing transparent, low-cost, automated contracts that are settled when those involved determine that the agreed conditions have been met.

The World Food Programme (WFP) has used Ethereum to deliver $1.4m in food vouchers, via the use of iris recognition scanners in camp supermarkets, to around 10,000 Syrian refugees in Jordan, a scheme it plans to expand tenfold in four camps.

While beneficiaries see no difference in what they receive, WFP has already made savings from no longer paying financial servicing firms as middlemen, which typically incurs a charge of around 3.5%.

The Jordan project follows the launch of WFP’s own successful pilot scheme in Pakistan a year ago.

“We feel this is a starting point,” said WFP’s director of innovation, Robert Opp, last year. “There are a number of potential uses of blockchain that could dramatically change the way we reach people in terms of our efficiency, effectiveness and security.”

The potential of blockchain-based systems has become particularly attractive as organisations like WFP have moved increasingly from food handouts to providing cash payments.

According to the organisation, one key benefit of the system is to allow organisations to send payment directly to contractors without the need for intermediaries, while Ethereum monitors the delivery of each stage of a contract.

Rhodri Davies, head of policy at the Charities Aid Foundation, is enthusiastic about the potential of blockchain systems. He underlines the distinction between cryptocurrencies like Ethereum and Bitcoin and the underlying blockchain technology, and what it can potentially offer aid agencies and charities.

“There’s been a big increase in interest in the last 12 to 18 months that has percolated through as it has become more mainstream.

“People in the aid and development world have seen business and technology firms becoming more interested, seeing more applicability to what they are doing.

“On the charity side, the first thing to say is that blockchain is not just about Bitcoin … Charities don’t need to be holding cryptocurrencies but focus on the underlying technology [to] solve problems.”

Davies does admit, however, that the reputation of cryptocurrencies as early vehicles for money laundering and criminality has placed regulatory barriers that may slow the adoption of blockchain. But he adds that this may change as banks now adopt the technology for reconciling complex transactions.

“Everyone is really enthusiatic,” he adds, “but we won’t see it really take off until one of the big agencies turns its pilot scheme into full-scale implementation. I think that’s where you will start seeing a large difference.”