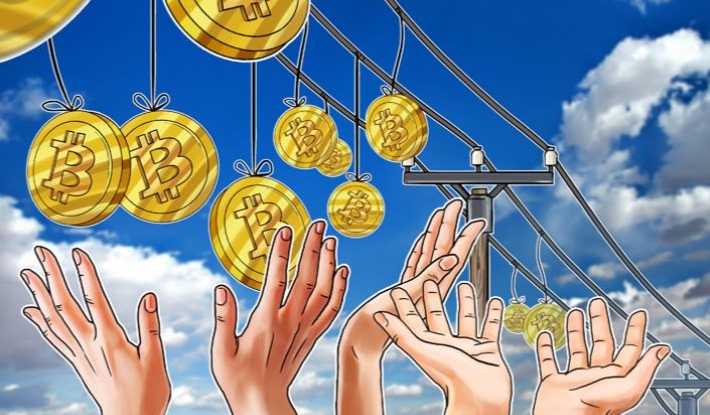 This idea that simply plugging your computer or nowadays, specialized mining rigs into the Internet and making money out of thin air is extremely attractive. However, it is obviously not as simple as it sounds, and the mining sector is one that has become very competitive and sophisticated.

Despite this individuals who are interested in mining can still join in, and by narrowing their margins, there is the potential to make a decent profit. It all comes down to cheap resources though, and in the case of mining, that resource is electricity. The disparity between electricity prices around the world means that mining one Bitcoin in a certain country can be many times more profitable than doing the same thing across the border.

How it is calculated

The image below shows a list of countries and the average cost in USD to mine a single Bitcoin. This study, conducted by Elite Fixtures, was put together using consumption required to mine a Bitcoin averaged from three different mining rigs — the AntMiner S7, the AntMiner S9 and the Avalon 6.

The study sourced its electricity price data provided by each country’s government and local utility companies, as well as the International Energy Agency, IBTimes reports. 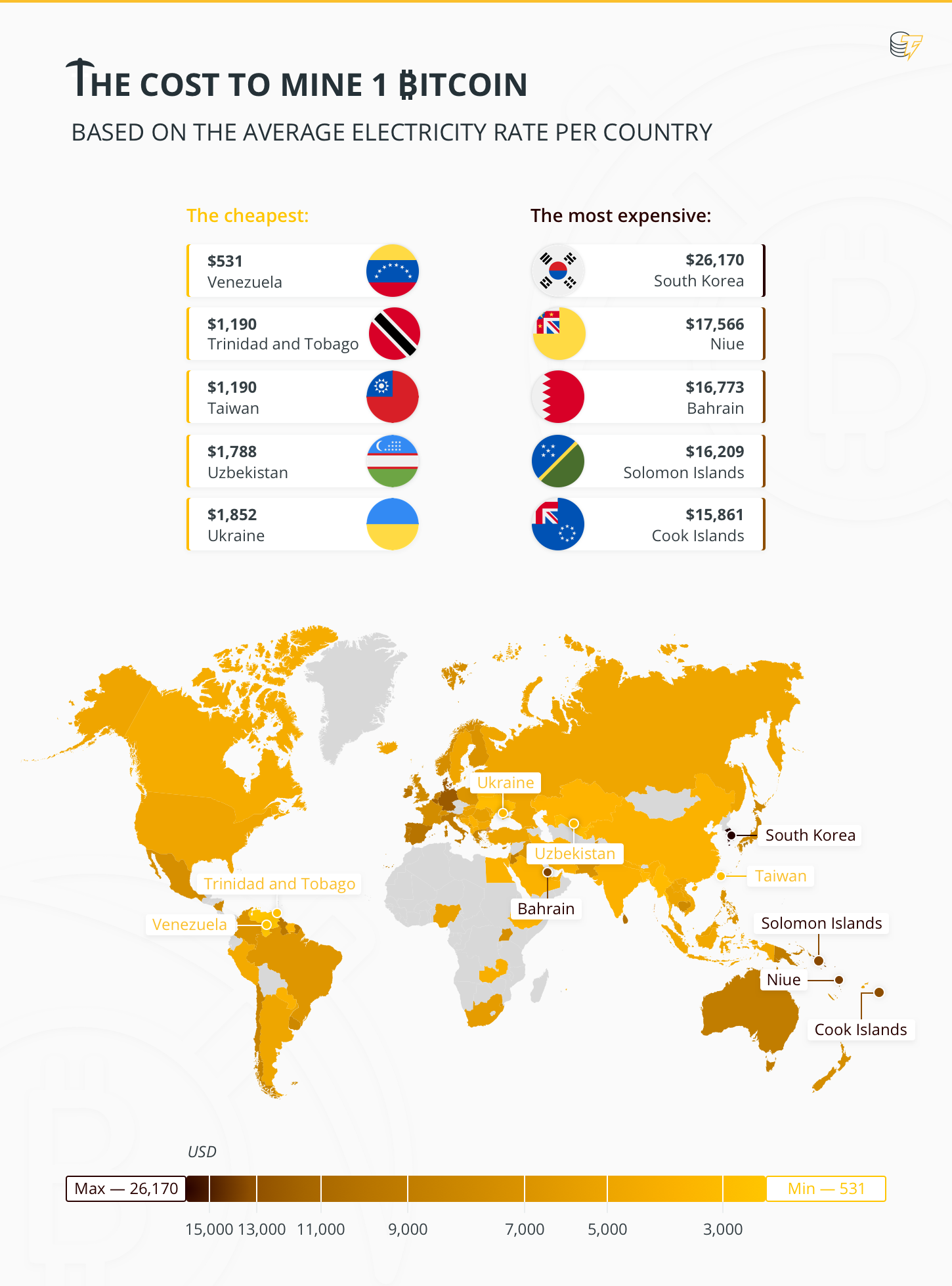 Where to cash in

So, with this data available, suddenly mining across the globe starts to make sense. The best place to make profits mining a single Bitcoin is in Venezuela. The process costing only about $530.

With the current Bitcoin price hovering around $10,000, this has the potential for a massive rate of return for South American miners. Additionally, given the country’s economic and political climate, it is not surprising to see that many Venezuelans have taken advantage of mining. Not only is it pertinent to mine in Venezuela in times of peace, the South Americans have utilized this cheap electricity in times of crisis with their own currency inflating to useless proportions.

Where not to even bother

A lot of countries in Western Europe (such as Germany and Denmark) are ranked as some of the most expensive places to try and pull Bitcoin out of the ether. In fact, in the current climate, mining a Bitcoin in either of the aforementioned countries would end up costing you $4,000.

The mining dispersion across the globe also clearly follows the lines of cheap electricity as a study done by Cambridge University last year showed that countries in the Far East, especially China, held the title of mining capitals of the world.

The power that China, and even Russia, hold as mining super powers comes almost directly from the price of their electricity. China, according to the study, sits at a modest $3,172 per coin which is still, currently, a 70 percent return.

China has also been profiting from the government being open to letting the miners use excess power in the country, but this has recently come under scrutiny. The Chinese government is now trying to crack down on all facets of cryptocurrency, which has them looking at mining.

Russia, another super power that is benefiting from relatively cheap electricity (which sits at $4,675 per Bitcoin), as well as subsidies from the government, could soon be under regulation and stricter control.

The future of mining

As electricity is one of the first expenses that will need to be considered when setting up mining, it makes sense for major mining setups to consider the above low-cost countries to be an attractive prospect. However, as Bitcoin continues to grow, regulators are looking to take aim at different sectors, including mining.

There may be other countries where the electricity is more expensive, but regulations around mining and cryptocurrencies are a lot lighter, for example, Japan. There are also certain mining pools and even ICOs that are looking at setting up their operations near green sources of renewable power to try and lessen the expense and the load not only on their wallet, but on the environment as well.