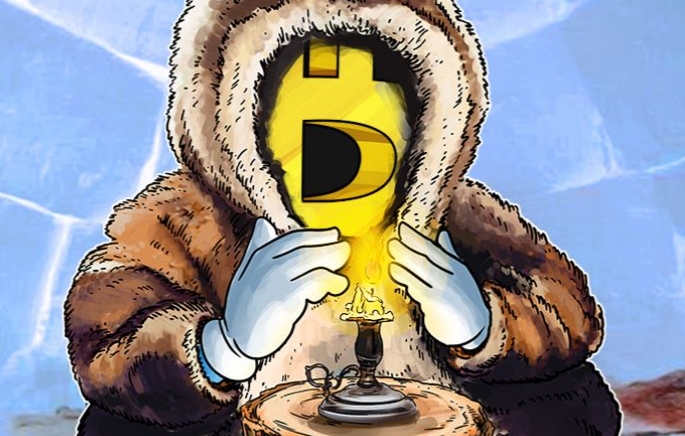 As January closed, Bitcoin fell towards $9,000 (getting closer to $8,000 in the first days of February). It has been a particularly tough month and a half for Bitcoin if one considers that halfway through December the coin peaked at $20,000.

The market has taken hit after hit in the days following its downward spiral from the aforementioned high, the only issue is that some of these catalyzing factors have been paper tigers or even worse, fake news.

In a speculative market such as the Bitcoin one, which welcomed a massive influx of relatively clueless speculators in the hype-rush to $20,000, bad news is especially bad news and damaging to investor confidence.

Halfway through January, there was a bout of confusion that came out of South Korea, an important Bitcoin hub in the east, as the Ministry of Justice, which independently announced its plans of banning cryptocurrency trading.

This sent panic across the markets, in a similar fashion as to when China announced it banning plans.

However, it has since been cleared up by much higher authorities, and in fact, the sentiment out of South Korea has been pretty positive following this market scare. In fact, this move was even classed as insider trading as many fought back against the supposed planned FUD attack.

Regardless of the clearing up, and the clouds parting over the Asian nation, the damage was still done. The markets managed to claw their way back somewhat, but there was soon more damaging news of questionable integrity to send the speculators fleeing.

In the US, the fear, uncertainty and doubt showed its face when it emerged that there was a subpoena out for Bitfinex and Tether. The former a major exchange and the latter a token issuer.

This sent ripples of panic across the community as it again showed that the regulators who have been classed as enemy number one, where on their feet and clamping down.

According to the report, the Commodity Futures Trading Commission was sending subpoenas to these two companies, which strangely, were not even US-based companies, pulling alternative questions about jurisdiction also to the fore.

However, after the market took an 11 percent tumble at this news, it emerged that these subpoenas had already been issued, back in early December, according to Nathaniel Popper, a reporter from New York Times.

Again, the effect of negative news was apparent, and its validity seemingly unimportant as the markets doubled for a reason that was not even relevant or related.

The last bout of misinformation that had its say on the markets came out of India where a simple case of misreading stirred even more panic.

Mainstream media, rushing to get the news out, seemingly misinterpreted a government speech on regulation. The line in question, from finance minister Arun Jaitley, read:

The government does not recognize cryptocurrency as legal tender or coin and will take all measures to eliminate the use of these crypto assets in financing illegitimate activities or as part of the payments system.”

However, this was then blown up into: “Arun Jaitley has just killed India’s cryptocurrency party,” by a Quartz’s article on the subject.

The line in equation states that the regulators in India are aiming to eliminate the use of cryptocurrencies to fund illegal activities but avoids mentioning the full legality of digital currencies.

There can be no doubting the power of persuasion and the extent that bad news can affect a market as speculative as Bitcoin’s. And, to this end, as more bad news, fake, real, old or late, piles on top of an already fragile confidence, the damage gets exaggerated.

Many are hoping for one piece of positivity to right all the wrongs that have been leveled at the digital currency, and for the market to react accordingly. However, what that news could be remains a mystery.