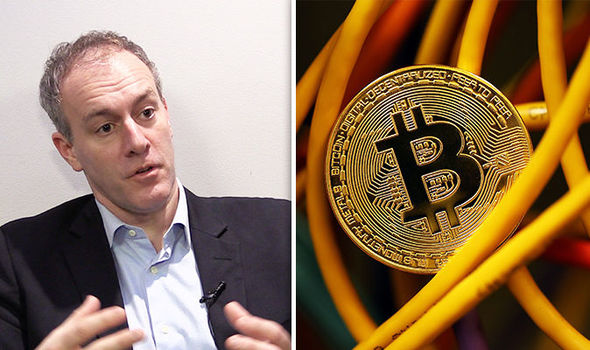 Bitcoin, along with Ripple and ethereum are in the sights of regulators worldwide, who must strike a tricky balance, according to Dr Garrick Hileman.

Dr Hileman who has advised the CIA and US army on cryptocurrencies, warned would-be cryptocurrency investors a regulatory crackdown is coming

When Dr Hileman, from the Cambridge University Centre for Alternative Finance, was asked if regulation as inevitable he replied: “I think it is.”

He said: “Many regulators are trying to strike the right balance here between not crushing the sector and allowing innovation to foster and attract new investment to their local economies, job growth, etcetera.”

“But also trying to protect investors who are entering the space who may not have not have the resources to fully vet some of the purchases they are making.”

UK Prime Minister Theresa May said cryptocurrencies like bitcoin should be looked at “very seriously” and has demanded tighter regulation during an interview in Davos.

Speaking to Bloomberg she said: “We should be look at these very seriously – precisely because of the way they can be used, particularly by criminals.

Speaking to Express.co.uk at London Blockchain Week, Dr Hileman said that taxation is another issue that should be on investor’s minds.

He said: “From a regulatory perspective, we are seeing growing interest from tax authorities.

“Securities regulators have been the main focus for the past six months or so, but tax authorities are getting more interested in crypto with the incredible appreciation.”

As well as his warning about eagle-eyed tax authorities, Dr Hileman outlines what else he expects from cryptocurrency in 2018.

He said bitcoin, ethereum and other cryptocurrency firms are working on ways to “radically increase the number of transactions that can be processed on their networks”.

He added: “That could make them much more viable for scaling up to Visa-level types of activity.”

And another Blockchain Week delegate predicted the further growth of cryptocurrency beyond 2018, with bitcoin even reaching $1 million within the next 20 years.

Bobby Lee, CEO of Chin’a first bitcoin exchange BTCC, said: “Bitcoin, I think it will get to $1m per bitcoin.

“Half a million, that’s going to be a milestone and then eventually it will cross for $1m for bitcoin.”

Asked how long it would take to hit the million mark, Mr Lee said: “Within 20 years, really within 20 years.”