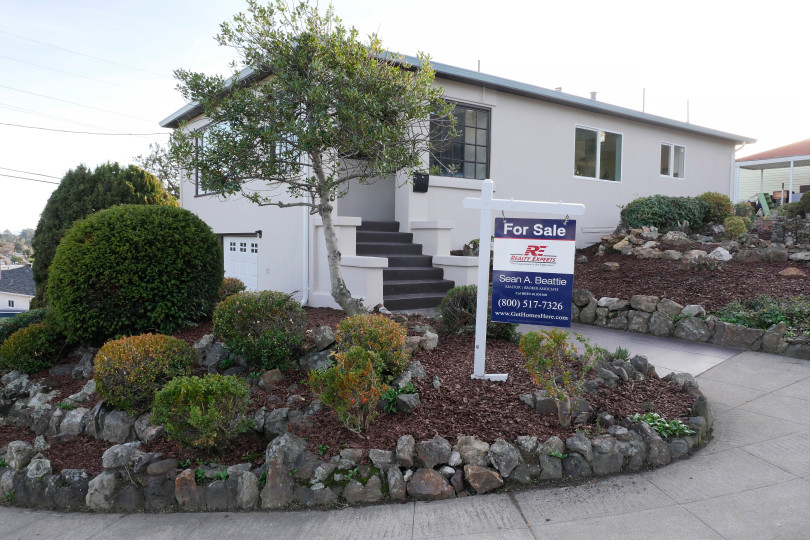 An Oakland home owner is offering to sell his property for bitcoins or other cryptocurrencies, a growing trend in the real estate industry but a relative rarity in the Bay Area.

There are nearly 400 homes listed for sale on Bitcoin-RealEstate.com, a brokerage website specializing in the nascent digital currencies, which are known for volatile fluctuations and a fair amount of risk. Of those, there are 15 properties listed for sale in California and one other in the Bay Area: an undeveloped seaside bluff near Half Moon Bay.

But, it was certainly a first for real estate broker Sean Beattie of Realty Experts. He’s been a licensed broker in the Bay Area for 17 years, he said, and has seen boom after bust after boom. But, he’s never seen listings for homes being exchanged for the cryptocurrency locally, he said. So, when the seller, Alec Wang, requested to sell his property at 2559 Oliver Ave. for bitcoin, litecoin and other digital currencies, Beattie didn’t quite know how to respond.

“I was unsure,” he recalled. “I contacted (our legal department) to see if I could even do that.”

They said yes, and so far, the response from would-be buyers has been overwhelming, Beattie said. It’s not unusual to get dozens of calls and emails inquiring about a property as soon as it’s listed, especially not in the red-hot Oakland housing market. But, the type of response has been unlike anything he’s ever seen, he said. After listing the property on Friday, calls and emails have been coming in “every five minutes” from Italy, China and elsewhere across the globe.

“I’ve never had so many people calling from out of the area, who have no idea where Oakland even is, except that it’s close to San Francisco,” Beattie said. “They saw ‘bitcoin’ and that’s it.”

Wang isn’t sure how to take the response — whether it’s due to the cryptocurrency offer or is just a product of the Bay Area’s insane, demand-driven housing market. It’s a first for him, too, he said.

At an open house on Saturday, a few would-be buyers admitted they hadn’t heard of the bitcoin offer prior to arriving. But, that doesn’t mean some didn’t think it was a good idea.

“This is really cool,” said Angel Tiensovan. She’s a financial consultant for Telegraph Hill, she said, and is in the market for a new home. She’s seen more financial markets gravitate to the digital currencies in recent years, she said. “This is the direction a lot of foreign markets are going.”

But, that doesn’t mean she’s planning on purchasing the property with one of the nascent currencies.

“As high-tech as I am, I’m still old school in certain ways,” Tiensovan said.

A Fremont native, Wang is no stranger to buying and selling homes and office buildings. As the founder and president of Tana Investment Group, a real estate investment firm, Wang’s portfolio extends up and down the West Coast. He had seen the rise of bitcoins and cryptocurrencies in other industries — and in the real estate industry in other countries — but hadn’t seen anyone offering to accept them for property sales locally, he said.

So, he decided to take the plunge and try it out.

“I try to stay in the lead in terms of how trends are going, and I try to understand new technology,” he said. “There’s a lot to figure out, but I’m willing to be the test case.”

In all likelihood, the buyer will probably convert the cryptocurrency to cash to pay the real estate broker’s commission, along with the title agent and taxes, Wang said. But, eventually, he expects the process to become much more seamless.

But what to do with the wild volatility of the digital currencies? In a market where the value of bitcoin can fluctuate 30 percent in the span of a few hours, Wang said it will be essential to settle on a dollar amount for the price of the house and then agree to an exchange rate at closing. The four-bedroom, two-bath, recently remodeled house not far from the Oakland Zoo is listed at $648,000.