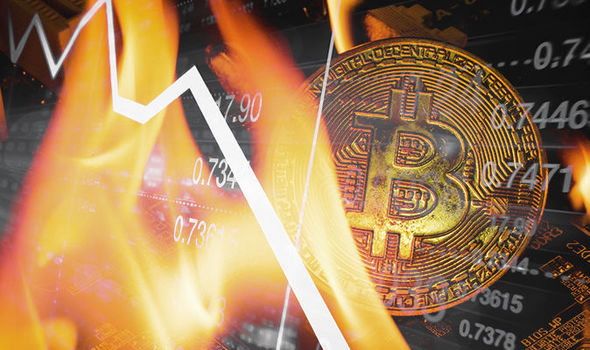 BITCOIN’S price could drop by as much as 80 per cent if the cryptocurrency tether is revealed to have been artificially increasing its value resulting in a “bloodbath” for investors, experts have warned.

Tether is owned by a trading company named Bitfinex which has recently come under scrutiny by a blogger identifying themselves as Bitfinex’d.

The user has detailed in posts, tweets and YouTube videos that tether has been plucked from thin air to boost the value of bitcoin.

Investor worries have stemmed from the fact Bitfinex has previously declared that all of its coins are backed by real US dollar deposits, giving it a one to one value.

However, market concerns have been heightened following the series of blog posts from Bitfinex’d that, if true, could send bitcoin crashing if it is discovered its value has been artificially bumped up.

To prove to investors that there is nothing to worry about, Bitfinex promised to release an audit of its financials – however this has not taken place.

Since then, Bitfinex has announced that it has cut ties with its auditor, Friedman LLP, adding to current market doubts.

In a statement, the virtual currency exchange said: “We confirm that the relationship with Friedman is dissolved.

“Given the excruciatingly detailed procedures Friedman was undertaking for the relatively simple balance sheet of tether, it became clear that an audit would be unattainable in a reasonable time frame.

“As tether is the first company in the space to undergo this process and pursue this level of transparency, there is no precedent set to guide the process nor any benchmark against which to measure its success.”

Nicholas Weaver, a professor from UC Berkeley’s International Computer Science Institute, declared that a “bloodbath” would ensue if tether fails to hold its value and reassure investors.

He tweeted: “At current prices, net new bitcoin requires $18million of net new dollars flowing in to maintain the price.

“If that tether printing press ever breaks, there will be a true bloodbath on the cryptocurrency prices. Good.”

An anonymous analyst wrote in a report entitled “Quantifying the Effect of Tether” that it was “highly unlikely that tether is growing through any organic business process, rather that they are printing in response to market conditions”.

The report went on: “Tether printing moves the market appreciably.

“48.8 per cent of bitcoin’s price rise in the period studied occurred in the two-hour periods following the arrival of 91 different tether grants to the Bitfinex wallet.

“Bitfinex withdrawal/deposit statistics are unusual and would give rise to further scrutiny in a typical accounting environment. If there is questionable activity, the author believes a 30-80 per cent reduction in bitcoin price could be forecast.”

Author David Gerard reiterated calls to Bitfinex to “release those audits” to “calm the market”.

He explained: “People don’t seem to be able to redeem tethers for US dollars at all. The tether web page says they’re ‘subject to frequent professional audits’ — so they need to release those audits, and calm the market.”

Meanwhile Bitfinex’d predicted a cryptocurrency crash larger than the collapse of the Mt. Gox exchange that saw more than $450million (£318million) stolen.

He tweeted: “I called it months ago, multiple times, you’d never see a Tether audit.

“Next call: Bitfinex and Tether fail spectacularly and a crash worse than Mt. Gox.”

Following the series of criticisms from the blogger, Bitfinex threatened to file legal action against them.

The company said: “To date, every claim made by these bad actors has been patently false and made simply to agitate the cryptocurrency ecosystem.

“As a result, Bitfinex has decided to assert all of its legal rights and remedies against this agitator and his associates.”