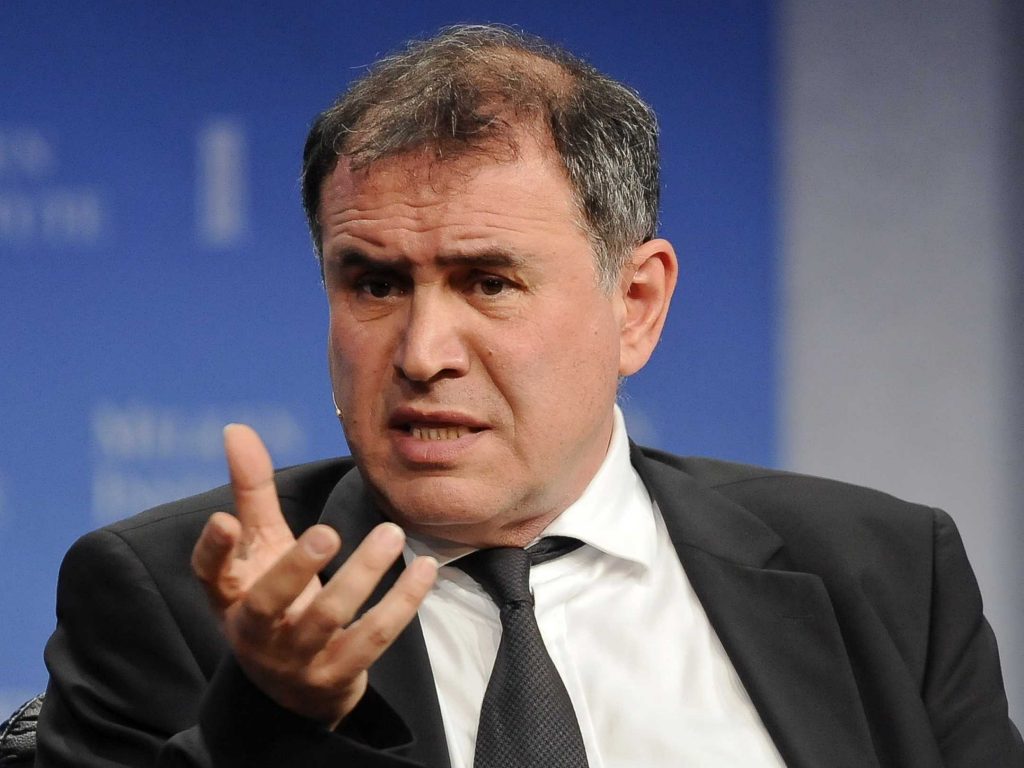 Nouriel Roubini, the former Clinton administration economist who predicted the 2008 financial crisis, says there is a revolution happening in the financial services industry, but blockchain – “an untested, Utopian pipe dream” – is not its catalyst.

In a new opinion piece published by Project Syndicate Friday, Roubini (nicknamed “Dr. Doom”) said blockchain’s potential has been overstated while condemning the notion that cryptocurrencies could replace fiat currencies as “utterly idiotic.”

Roubini has made harsh public comments about bitcoin before, calling it a “Ponzi game” and a bubble, but his latest piece broadens the attack to include the underlying technology.

The New York University professor, who has also held positions at the International Monetary Fund, the Federal Reserve and the World Bank, claims that blockchain proponents erroneously compare the technology to the internet in its early incarnations.

Unlike the internet, he wrote, blockchain’s accessibility is lacking and it has only one application: cryptocurrencies, which in his view are an unsuccessful experiment based on the false claim that they cannot be devalued by banks and governments. He continued:

According to its promoters, Bitcoin has a steady-state supply of 21 million units, so it cannot be debased like fiat currencies. But that claim is clearly fraudulent, considering that it has already forked off into three branches: Bitcoin Cash, Litecoin, and Bitcoin Gold. Besides, hundreds of other cryptocurrencies are invented every day, alongside scams known as ‘initial coin offerings,’ which are mostly designed to skirt securities laws.”

Likewise, he argues that cryptocurrencies are especially precarious because they lack inherent value that fiat currencies naturally derive from citizens having to pay taxes.

George Soros, the billionaire who broke the Bank of England in the early 1990s, echoed Roubini’s dismissal of cryptocurrencies this week in a speech at Davos.

Soros was quoted as saying that “cryptocurrency” is a misnomer, because its lack of stable value precludes it from being a currency at all. He joined the World Economic Forum’s “Crypto-Asset Bubble” panelists in this conclusion, while also stating that the current market capitalization appears to be in a bubble.

In contrast to Roubini, however, Soros did praise blockchain technology during his speech, and said he plans to apply the technology to help migrants. He did not offer more specific details on these plans.