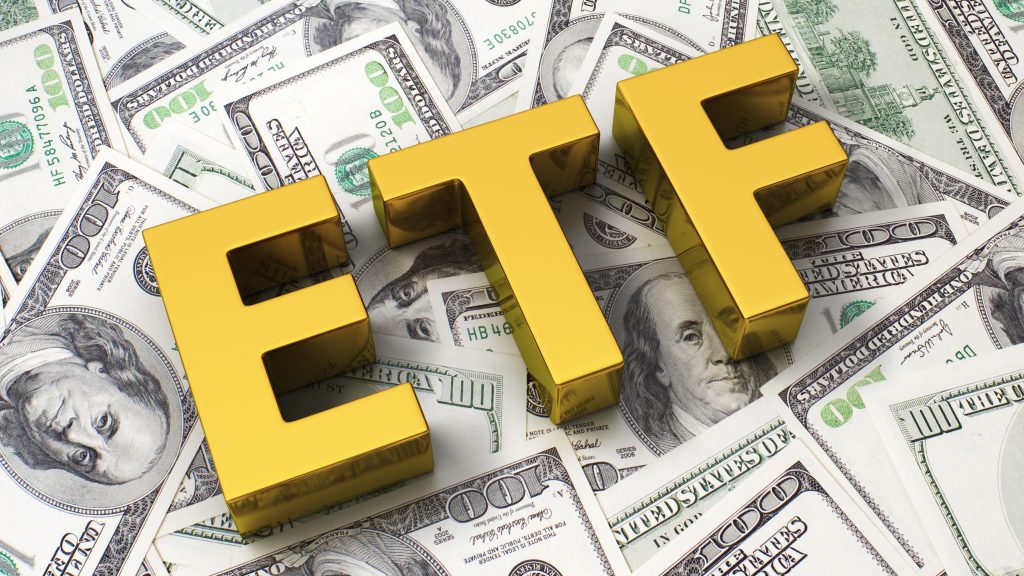 Bitcoin and other cryptocurrencies are all the rage with investors — even as their prices have taken some big hits lately.

So it should come as no surprise that there are now two exchange-traded funds, or ETFs, focused on blockchain technology, the digital ledger that keeps records of transactions in virtual currencies.

The Reality Shares Nasdaq NexGen Economy (BLCN) and Amplify Transformational Data Sharing (BLOK) ETFs both launched this week. ETFs can be bought and sold like stocks, and these two each own shares of the increasing number of companies that use blockchain.

But note that the words bitcoin, cryptocurrency and blockchain are not in the names of these funds.

That’s intentional, according to the CEOs of Reality Shares and Amplify ETFs.

Both told that the SEC was worried because some stocks have skyrocketed lately simply because they said that they were using blockchain technology.

“Investors have been buying blindly, and there has been some abuse,” said Christian Magoon, CEO of Amplify ETFs. “The SEC has to protect investors.”

But make no mistake. These two funds are set up to take advantage of the growing interest in blockchain.

This is not the Winklevoss Bitcoin Trust, a fund that only owns bitcoin and is run by Cameron and Tyler, of Facebook and “The Social Network” movie fame. The Winklevii want to launch an ETF with the ticker symbol COIN, but the SEC has yet to approve it.

In fact, the SEC seems unlikely to greenlight any funds that just want to invest in cryptocurrencies. Dalia Blass, director of the SEC’s Division of Investment Management, wrote in a letter Thursday that it had many questions about these funds.

And she said that until they are addressed, “we do not believe that it is appropriate for fund sponsors to initiate registration of funds that intend to invest substantially in cryptocurrency and related products.”

That edict does not apply to the new blockchain funds, though. Those ETFs don’t own any bitcoin, ethereum, litecoin, ripple or any of the other numerous cyrptocurrencies out there. Instead, they are buying shares of companies that are embracing blockchain.

Both funds own Overstock (OSTK), the online retailer, which has made a big push into blockchain through its Medici Ventures unit and tZero digital coin exchange.

They also own IBM (IBM), which recently partnered with shipping giant Maersk to track and manage supply chains using blockchain technology. Intel (INTC), whose chips and software are used to encrypt cryptocurrency transactions, is a top holding in both ETFs, too.

Each is betting on financial firms that could benefit from blockchain. The Reality Shares fund owns shares of Nasdaq (NDAQ) and Barclays (BCS) for example while the Amplify fund has stakes in Citigroup (C) and Goldman Sachs (GS).

But there are some key differences between the two ETFs. Reality Shares is based on an index of blockchain-related companies that it recently launched with Nasdaq. That index — and hence, the fund’s holdings — are rebalanced twice a year.

The Amplify ETF, on the other hand, is actively managed and free to make changes to its holdings more frequently.

Eric Ervin, CEO of Reality Shares, said his firm’s ETF is taking a rigorous look at just how much exposure to the blockchain business a company has before adding it to the index and fund.

“We’re not going to accept Kodak just because it’s suddenly decided to do something with blockchain,” Ervin said.

He said the company also doesn’t own MoneyGram (MGI) in the fund, despite a recent partnership with Ripple, or Jack Dorsey’s Square (SQ), which is letting people buy and sell bitcoin on its Cash app.

But Amplify’s Magoon said his fund has bought a small stake in Kodak. And Square is a top-10 position in the fund. Still, he’s wary of smaller companies trying to ride the blockchain and bitcoin wave. “We don’t want scam stocks,” he said.

So far, each of the ETFs is up a bit in its first few days of trading. But neither has exploded like bitcoin often has.

And Magoon said that’s just fine with him.

“Bitcoin needs blockchain, but blockchain doesn’t need bitcoin,” he said. “The crash in cryptocurrencies is good and healthy.”