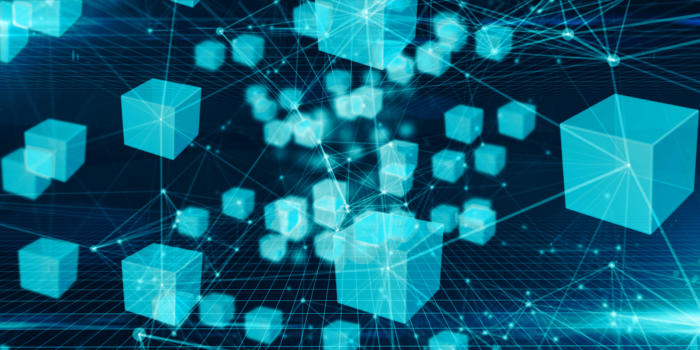 Through blockchain, Roberto Galoppini sees an opportunity to kill two birds with one stone: His organization, FileZilla, can offer users free online data storage while also allowing them to earn valuable cryptocurrency.

Galoppini, director of strategy for FileZilla, the popular, open-source FTP client, said his service is planning to shift direction this year by using a peer-to-peer (P2P), distributed storage platform from Atlanta-based Storj Labs Inc. that will be managed via blockchain.

FileZilla, which has been piloting the Storj decentralized storage for several months, had been making money through its free file-sharing service, which is hosted on SourceForge.net. It pitches users third-party software or offers to let them make money by testing a new web or mobile application. In turn, FileZilla would share revenue with the third-party software vendors.

Some users, however, reported adware was being installed without consent, and in general, the advertising isn’t always popular with users, Galoppini said.

Cryptocurrency lures investors and users
By sharing revenue with Storj Labs, FileZilla would be able to continue offering users its free service and even expand feature sets using the native cryptography of blockchain, such as offering free access to a VPN.

“People have been using FileZilla for free for so many years, it’s important to find a new service that, if it’s not free, it’s cheaper than anyone else,” Galoppini said.

Storj uses blockchain to track digital “farmers” who, similar to Bitcoin miners, have signed on to allow an application to share excess network and storage capacity on their computers or servers. The blockchain electronic distributed ledger is also used to pay farmers in cryptocurrency – digital tokens whose worth has grown 240 times since launching in 2014.

Last year, when FileZilla’s leadership was hunting for another storage method based on a secure cloud service, a token technology was key because it created a certain “stickiness” for users.

“For the first time, we’re able to provide end users with something that’s easy, and cheap – if not free – and that they’re able to make money with,” Galoppini said. “It’s not a zero-sum game. Everyone wins.

“Tokens are game changing,” he continued. “It can finally bring us closer to avoid that one-on-one relationship with the end user that comes to us, downloads our software and goes away. In this case, they become part of an ecosystem. If they start using the storage, and start sharing their hard drive capacity or bandwidth, they become part of a marketplace.”

To date, more than 50,000 farmers have joined Storj’s P2P network, which now hosts 30 petabytes of data.

Storj is one of several start-ups using blockchain to manage distributed, object-based storage platforms; it has seen 50% growth in each of the past six months.

With rapid growth, however, a problem has surfaced, one that many blockchain platforms are running up against: the inability to efficiently scale. So, the service last week announced it will not accept any new users or farmers until it can re-architect its platform in a way that will allow it to grow with demand.

“We’ve made the decision before things grow ever further and faster to a scale that may not be manageable to freeze new users for [the] time being as we re-architect our infrastructure to handle to the Exabyte capacity range,” said John Quinn, Storj’s founder and chief revenue officer.

Quinn hopes to improve the service’s performance and open it up to new hosts and users within six months.

Earlier this month, one of the world’s leading blockchain platforms, Ethereum, announced it is also exploring ways to scale the distributed ledger technology.

Due to its chain nature, each new record inserted into a blockchain has to be serialized, which means that the rate of updates is slower than traditional databases, which can update data in parallel.

“Distributed compute and storage models are still in their infancy, but I do believe that there is an enormous market for this technology,” said Paul Brody, Ernst & Young’s (EY) Global Innovation Leader for Blockchain Technology.

The idea of using P2P networks to aggregate computer resources is not new. In the early 2000s, BitTorrent opened as a distributed file-sharing service and grew to handle more than half of the internet’s file-sharing bandwidth.

Because blockchains come with a built-in mechanism for payments – cryptocurrencies, which were missing from the last go-around at P2P services – they are more likely to succeed, according to Brody.

“Networks are also much bigger and faster today than they were and we’re much better at slicing up workloads as well, so it could be that a number of small changes from payments to workload distribution improvements are what’s needed to tip this concept from ‘nice idea’ to massively scalable business,” Brody said. “I’m hopeful we’re there.”

If investor confidence is any indication, the market may be ready.

Boston-based Sia also uses a blockchain-managed P2P network to store data on hosts with excess storage capacity; it replicates each file to 50 other hosts for redundancy and reliability.

Sia is running more than 1,000 hosts in 50 countries, and while its beginnings may have been with consumer users, last week it announced it’s setting its sights on the enterprise market, targeting CIOs and CTOs at enterprises, universities and SMBs for cold storage. It claims its service is 10 times more affordable, more secure and reliable than traditional cloud services.

Conceived in 2013 at an MIT hackathon by then 20-year-old David Vorick, Sia is able to offer cheaper storage prices because it’s not exclusively using data centers, like other cloud services, so there are no capital expenses to build them.

While Sia hosts set the price for their capacity use, on average it costs $2 per month per terabyte, according to a company spokesperson; that compares to AWS, which charges $20 per terabyte per month for archival data storage. For enterprise capacities of 100TB, AWS, Google Cloud and Microsoft Azure all charge $2,000 a month or more; Sia charges $200 a month for the same storage capacity.

Hosts holding data on Sia’s peer-to-peer network get a financial reward if they can verify via blockchain that they are indeed holding that data; and, if not, the hosts are penalized through the loss of financial incentives. How much they get paid is based on how much storage and network capacity they share.

“Cold storage is one of most prime opportunities for blockchain right now. It’s a $200 billion market,” Vorick said.

About half of Sia’s hosts are in households, with the other half using surplus data center capacity. Because not all hosts offer the same network bandwidth, they aren’t paid the same. Users of the service can also pay for premium bandwidth and hosts that are geographically closer.

“On our network today, if you go to retrieve a file typically the spin-up time for that download to begin is around one second for downloads to begin,” Vorick said. “Once that download has begun, you can fetch data at around 60 to 70 megabits per second sustained download.”

While individual nodes on the P2P network may not meet AWS’s purported “11 nines uptime,” because data is stored across 50 nodes, it’s good enough to be “hyper” reliable, Vorick claimed.

Sia claims its network doesn’t suffer the same scaling issues as other blockchains because data only balloons out of control if every node is being used to store the data.

On Sia, data is only stored on up to 50 hosts. It’s better to think of it as “a facilitator of P2P storage contracts” than “a giant shared data center,” the company claims.

Both Sia and Storj use a Reed-Solomon coding algorithm to break up data into random chunks before it is stored across its network. Storj replicates its data six times for redundancy.

FileZilla’s Galoppini said his pilot of Storj’s peer-to-peer network went smoothly from a technical aspect, though he did see some of the performance issues the company hopes to correct this year.

“Until that’s operational, we’ll keep using this for a fraction of our user base. The technology is becoming ready for prime time, where right now it’s not there,” Galoppini said. “We’ve been seeing them working seriously to fix this stuff. We look forward to be operational very early in 2018.”

Storj Labs, in essense, is aiming to adhere to the old adage: a stitch in time saves nine – attacking the looming scalability problem before it becomes an issue for its farmers and users.

“Often times companies in our space will have a major crash and then decide to regroup. We thought it was more prudent to maintain service for existing customers while we address this,” said Philip Hutchins, CTO and principal development architect from Storj Labs.

One of the fundamental changes Storj is hoping to address is its API, what it calls its “bridge;” it’s currently centralized and hosted on Google’s Cloud service.

“It’s a single point of failure. The biggest thing we’re going to be changing is making that decentralized like rest of our service, which cuts cost on our side and brings benefit to members of network,” Hutchins said.

By creating a decentralized API, Storj will have multiple network bridges for onboarding data into its peer-to-peer network.

The distributed storage service is also considering a concept known as sharding. Sharding would require a small percentage of nodes to see and process every transaction, instead of all nodes as blockchains are designed today.

Sharding would allowing many more transactions to be processed in parallel; it also isn’t expected to diminish the native security of a blockchain because it maintains “most of the desired decentralization and security properties of a blockchain,” according to Ethereum creator Vitalik Buterin.

Once the scaling issues are addressed, FileZilla’s Galoppini said he’s excited about the prospects of blockchain-based distributed storage.

“The great benefit of working with crypto-based technology is eventually you can find ways to make end users happy with new features, and you can also make money out of that,” he said.