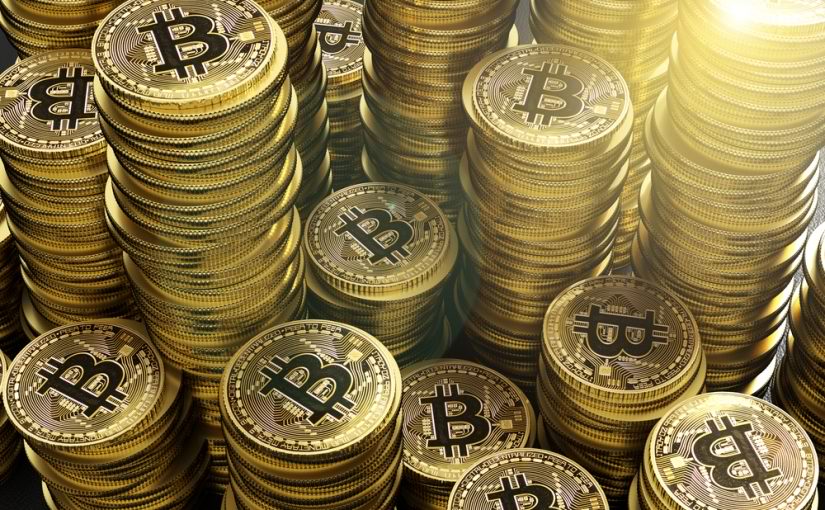 They’re just a few of the growing stable of so-called forks — a type of spinoff in which developers clone Bitcoin’s software, release it with a new name, a new coin and possibly a few new features. Often, the idea is to capitalize on the public’s familiarity with Bitcoin to make some serious money, at least virtually.

Some 19 Bitcoin forks came out last year — but up to 50 more could happen this year, according to Lex Sokolin, global director of fintech strategy at Autonomous Research. Ultimately, the number could run even higher now that Forkgen, a site enabling anyone with rudimentary programming skills to launch a clone, is in operation. In a Jan. 14 tweet, hedge fund manager Ari Paul predicted more than 10 percent of the current value of Bitcoin and Bitcoin Cash will reside in new offshoots.

Motives behind the efforts vary. Some backers try to improve on Bitcoin. Others seek a quick profit. Developers typically score a cache of newly minted coins in a process called post-mining. Yet prices don’t necessarily hold up for long.

“Unfortunately, most fork-based projects we see today are more of a sheer money grab,” said George Kimionis, chief executive officer of Coinomi, a wallet that lets Bitcoin owners collect their new forked coins. “Looking back a few years from now we might realize that they were just mutations fostered by investors blinded by numerical price increases — rather than honest attempts to contribute to the blockchain ecosystem.”

He predicts forking may soon sideline a more popular alternative, initial coin offerings, in which startups raise money by selling entirely new tokens. That market has gotten crowded after raising about $3.7 billion last year, and smaller offerings have struggled.

A fork’s main advantage lies in sprouting from Bitcoin, the world’s most famous cryptocurrency. In a typical fork, all existing Bitcoin owners are eligible for the forked-off coin — giving the new asset a potentially huge number of users. Most coins arrive with at least some name recognition, because they bake “Bitcoin” into their moniker. Take for example, Bitcoin Diamond, with a price that started off strong. It didn’t last forever.

“Bitcoin forks are kind of the new alt coin,” Rhett Creighton, who’s working on the upcoming Bitcoin Private fork, said in a phone interview. “We are going to see now a bunch of Bitcoin forks. And they are going to start replacing some of the top hundred alt coins.” Bitcoin Private promises to offer more privacy features than the original Bitcoin.

Forks can also help startups raise funds in countries such as China, where ICOs have been banned, said Susan Eustis, CEO of WinterGreen Research.

Years ago, entrepreneurs drew on Bitcoin’s code to launch alternatives such as Litecoin and later Dogecoin, seeking to differentiate themselves in name and often in features. But while Dogecoin now has a $770 million market value, younger clones Bitcoin Cash and Bitcoin Gold already dwarf it. Bitcoin Cash, launched in August, is now the fourth most valuable coin, worth a total of about $28 billion, according to CoinMarketCap.com.

“Bitcoin Cash was successful, quite a lot of momentum,” Charlie Hayter, CEO of coin researcher CryptoCompare, said in a phone interview. “Now other traders try to see if they can pull off the same thing.”

A fork can often make millions for its developers as well as the server farms running and supporting the new software. Bitcoin Gold distributed 100,000 coins, currently worth about $190 apiece, to an endowment funding its ecosystem and development. About 5,000 of those coins went to the core team that created the fork. If the coins appreciate, that’s a boon for the developers as well.

Miners — whose computers and servers process cryptocurrency transactions — have been helping create new coins, hoping for fat rewards. Bitbank and some Chinese miners were instrumental when Bitcoin core developer Jeff Garzik created UnitedBitcoin, which forked in December. Like many other forks, it can be mined using older gear that can’t compete with state-of-the-art machines on the Bitcoin network. So if UnitedBitcoin takes off, miners with older machines that support it will be minting money.

Many of the new forks are looking to lure mom-and-pop miners, who’ve been pushed aside by industrial server farms. Some forks allow GPU mining, which means anyone with a graphics card can potentially participate.

Imagine “rigs set up in a garage,” Nick Dooley, a core developer of Bitcoin Interest, said in a phone interview. “Everybody has a graphic card, and most people can afford to purchase one that can mine a certain amount of coins.”

Even some of Bitcoin’s initial forks are getting forked, with Bitcoin Cash getting a proposed derivative, Bitcoin Candy.

Support from miners isn’t always enough to maintain a price. SegWit2x [B2X], a fork from late December, drew more than 10,000 miners, according to an email from one its creators. But B2X has been sliding, losing more than 90 percent of its value since Dec. 22, according to exchange Yobit.net.

“We provide our users with choices and let them decide which assets they are going to use and which not,” Coinomi’s Kimionis said. “We don’t make that decision for them.”