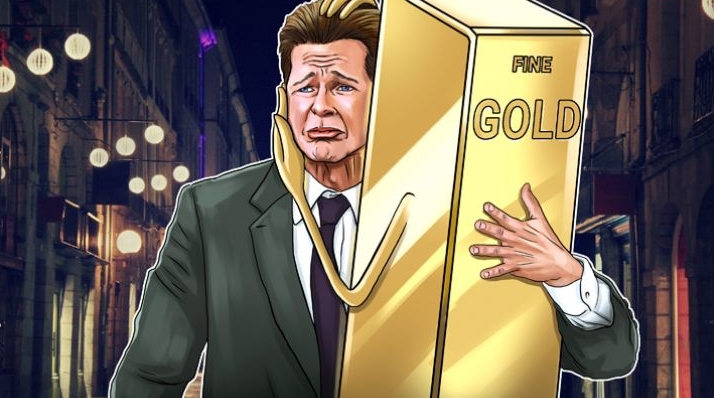 Daniel Marburger, Director of Europe-based online gold dealer CoinInvest, claimed the company sold about 30 kilograms of gold, worth over $1 mln, in just one day, Jan. 16, in an interview with Bloomberg Wednesday, Jan. 17.

This week has been very volatile for Bitcoin and several industry insiders cited by Bloomberg believe that investors are looking for more stable assets in the meantime. Bitcoin, along with most other cryptocurrencies, experienced a crash of over 40% this Tuesday, Jan. 16 that lasted until Jan. 18, potentially causing a spike in gold investment.

“[Tuesday] was a hell of a crazy day,” Marburger said, adding that “emails and phones did not stand still with customers asking how they could turn their crypto into gold.”

A similar situation was described by the Ireland-based GoldCore LTD, where customers have been cashing out from cryptocurrencies and buying physical gold for the past three months.

They told us they were concerned that the massive price appreciation was unsustainable and they got nervous about it. We think increasingly people are realizing that these digital assets have much higher risk levels than the traditional safe haven asset [that is gold].”

Earlier in Dec. 2017 when cryptocurrency prices were achieving record highs, Larry McDonald, the head of US macro strategy at ACG Analytics, claimed in an interview with CNBC that investors were dumping gold to buy Bitcoin during November and December 2017.

“Cryptocurrencies are definitely eating into the gold play,” stated McDonald back then.

This inverse dynamic serves as another proof of a potential negative correlation between investors’ interest towards gold and cryptocurrencies.