It’s simple really: No one makes money if cryptocurrencies fall. 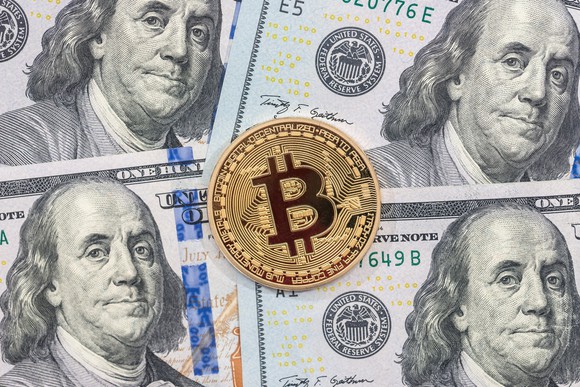 You’re giving these crypto catalysts too much credit

How on Earth do virtual coins that have gained 5,000%, 10,000%, or possibly more, keep heading higher? What I can say with some certainty is that it’s not entirely due to the emergence of blockchain technology, as much as Wall Street would like to believe so. Blockchain is the digital, distributed, and decentralized ledger tethered to virtual coins that’s responsible for recording all transactions without the need for a financial intermediary, such as a bank.

Unquestionably, blockchain does offer a number of potential advantages if financial service companies deploy the technology in place of the current payment networks. As a decentralized network, blockchain ensures that cybercriminals would never be able to gain hold of enough data to cripple a cryptocurrency, and that no single entity would ever control a majority stake.

Furthermore, since transactions are being verified 24 hours a day, seven days a week, blockchain-processed transactions may be verified within seconds, as opposed to waiting up to three to five days with cross-border payments. Additionally, not having a middleman involved means potentially lower transaction costs. 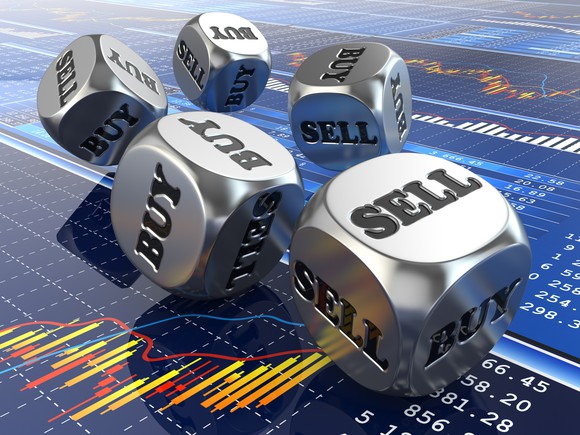 Other catalysts, such as bitcoin being accepted as legal tender in Japan, select investors choosing bitcoin as a store of value over gold, and a weaker U.S. dollar, have possibly played a role in pushing cryptocurrency prices higher, but they’re not the primary source of higher market caps.

The logic behind higher cryptocurrency valuations

If you want to truly understand why cryptocurrencies like Ethereum, Ripple, Litecoin, and Dash have pushed higher, then you need to familiarize yourself with the logic behind the cryptocurrency market.

With the exception of bitcoin, cryptocurrency investors have but two choices to make: Do I buy, or do I sell what I own? That’s it. There are no options contracts to choose from and no futures to consider, unless you trade futures contracts on bitcoin offered by CME Group or CBOE Global Markets. There’s also no ability to short-sell a cryptocurrency. The path to prosperity is very narrow when it comes to virtual currencies. If they go up, everyone makes money. If they go down, no one makes money. That logic leads to one natural conclusion: everyone buys. 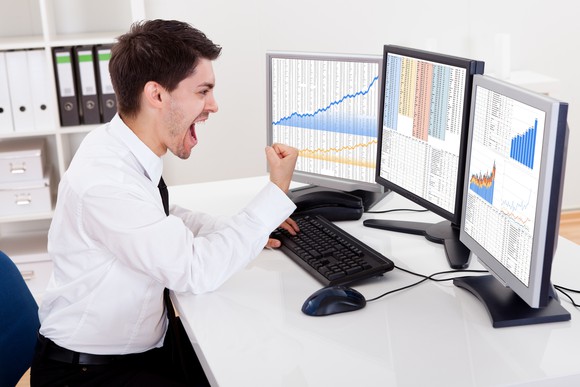 First, we have stop-loss exacerbated profit taking. Investors who fear losing too much of their principal might choose to set a stop-loss order at, say, 10% or 20% below the current price of a virtual currency. As some investors sell and lock in gains, pushing cryptocurrency prices lower in the process, those stop-loss orders can hit, triggering a cascade move lower in a quick amount of time. A majority of the moves lower that I’ve witnessed in cryptos likely fall along these lines, because they typically lead to a quick rebound in price.

Second, news-driven events can push cryptocurrencies lower, which again can trigger stop-loss orders and create a rapid downside move. For instance, rumors that South Korea might shudder domestic cryptocurrency exchanges sent shockwaves throughout the market a few days ago. Considering how much cryptocurrency trading volume originates from South Korea, such a move would be a blow to the entire crypto market. Still, news-driven events typically don’t last long enough to do permanent damage to digital currency valuations.

The third and final factor that can push prices lower is investor emotions. If the emotional tide of retail investors completely shifts, then, and only then, can we get any real extended downside in cryptocurrencies. Without a “fair” market that allows skeptics to place downside bets on cryptocurrencies, the only way digital currencies like Ethereum, Ripple, Litecoin, and Dash, are going to see any extended downside, apart from short-term moves lower from news-driven events and stop-loss-based profit-taking, is through a shift in emotions from retail investors.

How do investors’ emotions shift? Truth be told, no one knows the answer to this, which is why it’s impossible to predict if and when the cryptocurrency bubble is going to burst.

However, history would suggest that a bubble burst is coming at some point. We know this because retail investors have a long, long history of overestimating the impact and adoption of new technology. If we look at 3D printing, human genome decoding, internet business-to-business commerce, and pretty much any other supposedly game-changing advancement over the past couple of decades, a valuation bubble was created by investors who expected an immediate adoption and use of these technologies, which often times never materialized for years or decades. The emergence of blockchain will probably lead to a similar bubble, with few businesses testing it out on anything more than a small-scale basis at the moment.

If the cryptocurrency bubble is to burst, and valuations move to the downside in an extended fashion, retail investors’ emotions have to be crushed. Until that happens, slowing down Ethereum, Ripple, Litecoin, and Dash could prove difficult.