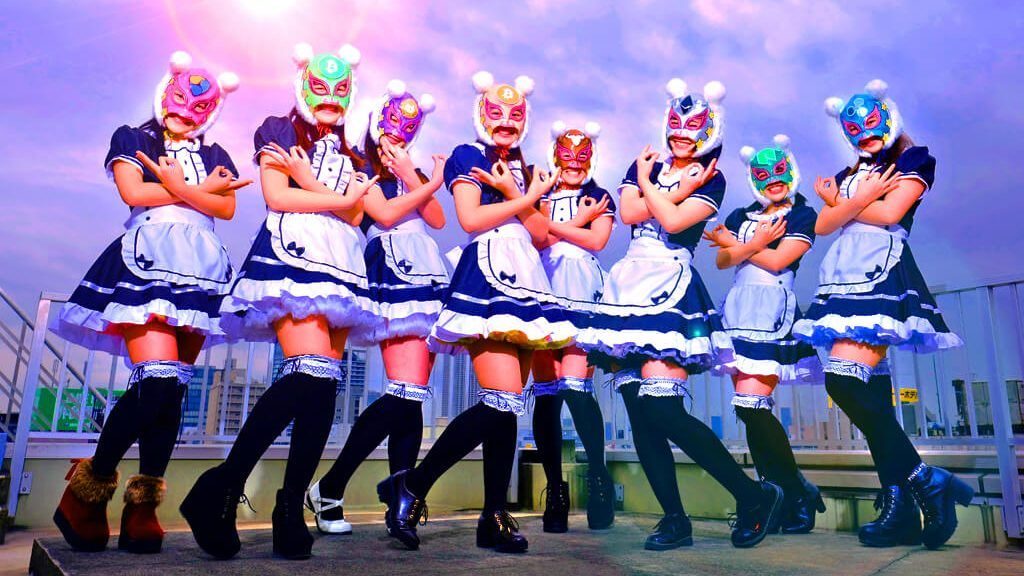 Are you a fan of cryptocurrency and J-pop? Okay we admittedly don’t know what the crossover appeal is between those two, but one of Japan’s latest all-girl pop groups is betting that there is more than we think. Quartz Media has reported that Japan’s Kasotsuka Shojo is the world’s first cryptocurrency-themed pop group.

The band’s name translates to “Virtual Currency Girls” and is the creation of Japanese entertainment company Cinderella Academy. The company manages several other popular brands and launched Kasotsuka Shojo as a way to educate people about cryptocurrency. Each of the group’s members represents different cryptocurrencies such as XEM, BCH, MONA, BTC, ADA, ETH, NEO, and XRP.

“We want to promote the idea through entertainment that virtual currencies are not just a tool for speculation but are a wonderful technology that will shape the future,” said Rara Naruse.

The group’s first concert was held on Friday, January 12. Fittingly, tickets for that first concert were only purchasable with cryptocurrencies such as bitcoin or XRP. It is unknown whether future concerts will follow the same payment model or accept the Yen or other currencies.

The band’s first song, entitled The Moon and Virtual Currencies and Me, appears to be based on recent news stories regarding various governments imposing stricter regulations on cryptocurrencies. The song also implores listeners to practice cyber-security and staying vigilant regarding scams. However you get your information, it’s important to stay informed when the volatility and level of risk are so high.

The combination of cryptocurrency and pop music may seem like an odd one for some people. However, if any country can pull it off, it is Japan. Bitcoin is recognized as legal tender in the country. At one point, the island nation was the world’s leader in the trade of digital currencies, which remain popular throughout the country.