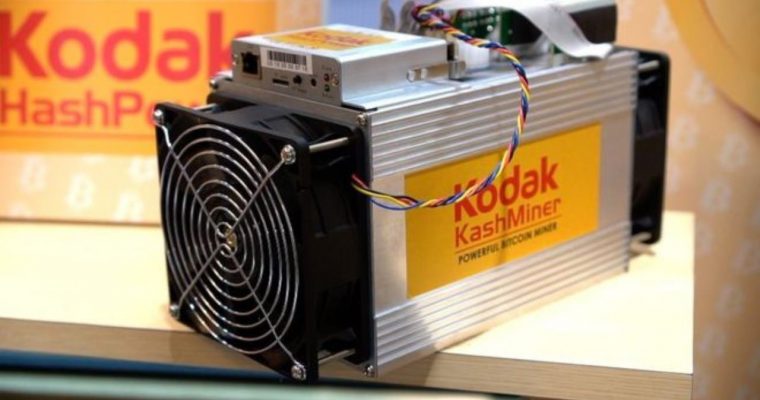 Photography pioneer Kodak has not wasted any time cashing in on its pivot to blockchain.

The company, which has languished in recent years as a result of an industry shift to digital imaging technology, is the latest firm to make a profitable — if unexpected — entry into the blockchain ecosystem.

Kodak is launching KODAKCoin, a cryptocurrency designed to help photographers better control the image rights of their portfolio. Using the cryptocurrency, photographers and agencies will be able to register their images on a distributed ledger and then license them on KODAKOne, the company’s upcoming proprietary blockchain platform, which will be developed through a licensing partnership with WENN Digital.

Though just announced this week, Kodak has already begun accepting pre-initial coin offering (ICO) investments. Global Blockchain Technologies Corp., a Canadian firm based out of Vancouver, revealed that it has subscribed for all 8 million KODAKCoins that were made available during the first of two pre-ICO stages, for a reported sum of $2 million. The full ICO will commence on Jan. 31 and will be open to accredited investors.

In addition to developing its own cryptocurrency, Kodak has licensed its name to create the KashMiner, a Kodak-branded mining rig.

According to CNBC, a two-year lease on the machine will cost $3,400, and the company estimates that it will produce a monthly revenue of $375 worth of bitcoins, or $9,000 over the course of the lease.

There’s a catch, however. In addition to paying the $3,400 lease, users will be required to return half of the profits to Kodak, reducing their estimated revenue from $9,000 to $4,500.

But wait, there’s more! Kodak’s estimates assume that the miners will earn consistent monthly revenue over the course of the two-year lease, which ignores the fact that bitcoin’s mining has lately been increasing at a monthly rate of about 15 percent. Consequently, some industry observers doubt that users will even be able to recoup the value of their $3,400 investment, much less turn a profit.

Kodak is selling a Bitcoin miner where you pay for a two year contract and “make a profit”. (*at current prices, Kodak gets half of all bitcoin you produce.) This is the dumbest shit I’ve ever seen at CES.” — Chris Hoffman (@chrisbhoffman) January 9, 2018

Kodak’s blockchain pivot has been met with mixed reactions from analysts, with some hoping it could mark the start of a new era for the storied firm while others are characterizing it as a naked cash grab following the firm’s 2013 bankruptcy.

Investors, however, are bullish on the move. Since announcing the news earlier this week, Kodak stock has more than tripled to $10.70 from a previous level of $3.15.