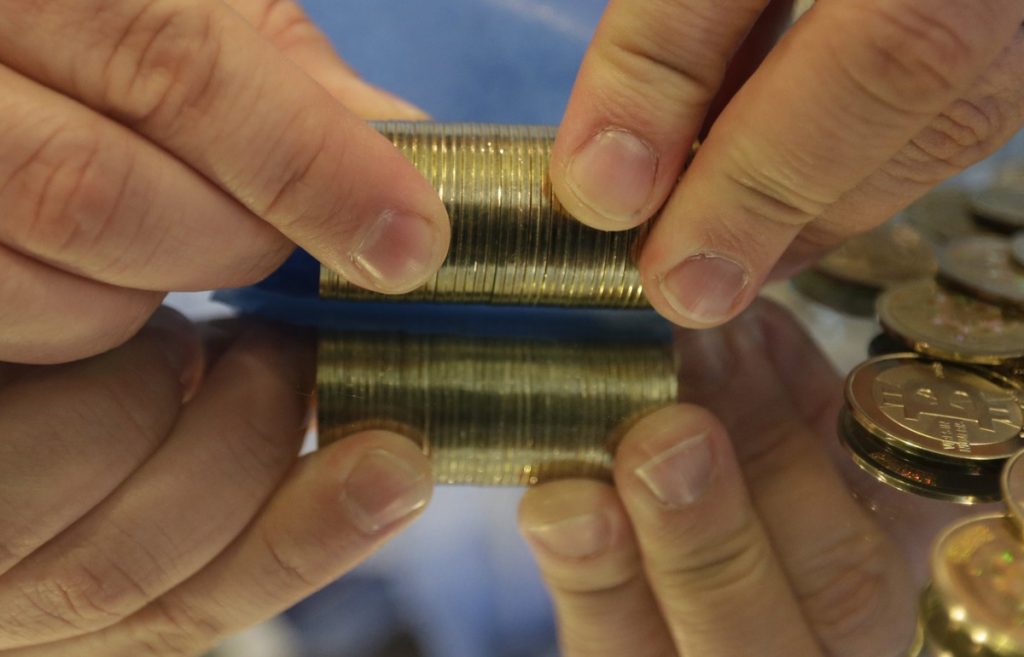 SALT LAKE CITY — A popular virtual currency has been targeted as the greatest potential threat to investors in the New Year.

The Utah Division of Securities is warning investors that cryptocurrencies such as Bitcoin are risky investments that have been used as vehicles for fraud. The division Friday released information to warn consumers about schemes that may target individuals’ retirement savings in the near future.

Cryptocurrencies are a medium of exchange created and stored electronically using blockchain technology, a distributed public database that keeps a permanent record of digital transactions, a news release stated. Common cryptocurrencies include Bitcoin, Ethereum and Litecoin. But unlike traditional currency, these alternatives have no physical form and typically are not backed by tangible assets, said Keith Woodwell, director of the Utah Division of Securities.

Consumers should be aware that these investments are not insured or controlled by a central bank or other governmental authority, cannot always be exchanged for other commodities and are subject to little or no regulation, he noted. With Utah’s growing economy and consumer spending, the Beehive State could be targeted for cryptocurrency pitches, he said.

“Utah’s reputation as a technically savvy and connected state makes our population ripe for cryptocurrency fraud,” he said. “While it’s a compliment to our population for being plugged into what’s trending, internet hype can lead to rash decisions.”

He noted that because Bitcoin has seen a sharp increase in value over the past year, going from approximately $900 to nearly $17,000 currently, investors may be ripe for fraud as they try to get into the cryptocurrency market.

“Things that tend to go up very fast also tend to come down very fast,” Woodwell said. “We see a lot of fraudsters capitalizing on this fad that so many people are paying attention to. (Scammers) are using that greed and the little bit of knowledge that people have to offer bogus investments.”

He said fraudsters are devising Ponzi schemes using cryptocurrencies, leaving some victims in a financial lurch.

“They’re using money from new investors to line their own pockets and pay off any old investors to create the illusion that there’s a successful business investment happening, but there is nothing behind it but smoke and mirrors,” Woodwell said. Some scams also involved multi-level marketing, he added, which can also lead to financial loss for unsuspecting consumers.

He advised investors to be vigilant in researching investments involving virtual currencies to avoid becoming fraud victims. If you want to become an investor, avoid third-party traders and do so directly through a large, reputable exchange, he said.

“If it goes up, great! If it goes down, you rode the roller coaster and took your chance,” he said. “If you want to do it, go through one of the recognized exchanges (and) just be aware that it can be really volatile.”

“We’ve looked at the volatility of Bitcoin relative to commodities, and what we’ve seen in cryptocurrencies is unlike anything we’ve ever seen in any other asset,” Ware said.

Despite some apprehension, Ware sees a future for the science behind cryptocurrencies.

“I think the technology, the potential applications in private business and even government potentially is very disruptive and has a lot of potential to impact a lot of different markets in a positive way,” he said.

The technology is known as blockchain — a peer-to-peer online system that verifies online transactions. When a transaction is made, the information is put into a block that contains multiple transactions made around the same time. The block is then confirmed by a computer known as a miner. Once the block is verified as legitimate, a reward (i.e. – Bitcoin) is given to the computer that solved it. The block is added to a chain of other blocks, creating an incorruptible ledger that can be seen by anyone.

International money transfers would be faster as well, Ware said, where now overseas transactions can take over a week to complete.

“Ripple blockchain can do that in seconds,” he said. “There’s a good chance that in 10 years the need to have insurance and have middlemen in between a lot of these transactions is unnecessary if blockchain is widely adopted.”

As far as investing in cryptocurrencies, Ware’s advice is the same as with any investment.

Risks of investing in cryptocurrency

Loss or theft — Cryptocurrencies are stored electronically in a virtual wallet and traded through unregulated exchanges. There have been multiple cases of individual wallets or entire exchanges being hacked, resulting in thousands of consumers losing millions of dollars with no recourse or method of recovery.

Price volatility — The value of Bitcoin and other cryptocurrencies can fluctuate wildly. After reaching an all-time high of almost $20,000 in mid-December, the price of Bitcoin fell by more than 25 percent in just 10 days.

Bitcoin and initial coin offerings are being used by fraudsters — The Utah Division of Securities is currently investigating fraud linked to cryptocurrencies. Investors should be extremely wary of promoters who promise high returns through Bitcoin arbitrage, trading strategies or through an initial coin offering where investors receive new cryptocurrencies in exchange for their investment.

No government regulation — While some companies and individuals accept Bitcoin as a form of payment, many do not. Cryptocurrencies cannot be deposited in a bank and have no form of protection comparable to deposit insurance.

Unsolicited offers — An unsolicited sales pitch may be part of a fraudulent investment scheme. Be wary of unrequested communication about an investment opportunity.

Pressure to buy immediately — Take time to research an investment opportunity before handing over your money. Beware of pressure to act fast or “get in on the ground floor” of a new tech trend.