“Definitely the ripple ecosystem is definitely going to have to get a lot bigger to justify where XRP is right now,” said Michael Graham, an analyst at Canaccord Genuity who has covered internet stocks since the late 1990s.

When asked which firms are using XRP, a Ripple spokesperson pointed only to an October announcement that said a bank called Cuallix is the first financial institution to use XRP, in this case for U.S.-Mexico transactions. No other firms were named.

However, Ripple said in a tweet Thursday that 3 of the top 5 global money transfer companies plan to use XRP in payment flows in 2018. 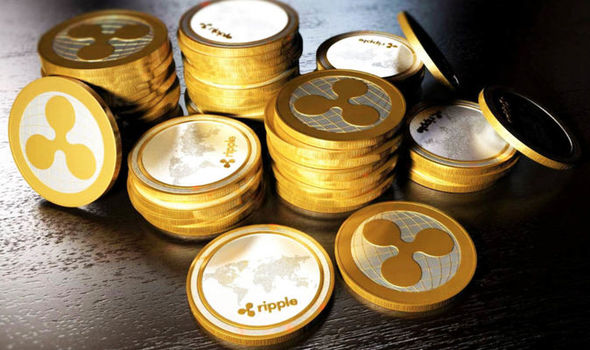 Digital currency ripple has blown past its cryptocurrency rivals largely because it is working with large institutions, which give it an aura of legitimacy and practicality.

However, cryptocurrency enthusiasts say that centralization is the exact opposite of what the technology of the digital currencies should be about.

“The reason ripple is surging so much is it’s a bubble,” said Erik Voorhees, CEO of digital asset exchange ShapeShift and a vocal advocate for bitcoin as a way to separate money and the state. “Testing crypto with banks doesn’t make sense. The whole idea of crypto is you don’t need banks.”

It’s “not interesting from a financial innovation perspective,” Voorhees said.

Ripple is officially the name of a five-year-old start-up based in San Francisco that is developing a payments network for financial institutions. XRP is the name of the coin participants can use for transactions. The company announced in October that more than 100 financial institutions are using its network in some way. These include Bank of Tokyo-Mitsubishi UFJ, Mizhuho, Credit Agricole and Nordic bank SEB.

“Definitely the ripple ecosystem is definitely going to have to get a lot bigger to justify where XRP is right now,” said Michael Graham, an analyst at Canaccord Genuity who has covered internet stocks since the late 1990s. “But clearly the use case for XRP is quite clear. That sets it apart from other crypto assets.”

When asked which firms are using XRP, a Ripple representative pointed to an October announcement that said a bank called Cuallix is the first financial institution to use XRP, in this case for U.S.-Mexico transactions. No other firms were named. Cuallix has main offices in Mexico, the U.S. and Hong Kong, according to its website.

“While it’s not required for banks to use XRP, as the native digital asset to the XRP Ledger it adds further value to customers in sourcing low-cost, on-demand liquidity,” a Ripple representative said in a statement to CNBC.

Bitcoin, the largest digital currency by market capitalization, is up more than 25 percent this year to about $17,000, or 1,500 percent over the last 12 months, according to Coinbase.

In contrast, XRP climbed 35,000 percent to $2.30 last year and has soared nearly 67 percent since to an all-time high of $3.84 on Thursday, according to CoinMarketCap. The coin remains the second largest by market cap, but fell to trade near $3 on Friday after leading U.S. digital currency marketplace Coinbase pushed back against rumors it would launch XRP trading.

“I think a lot of retail investors think that by investing in XRP they’ll be able to own a part [of the business], but they’re not a stock,” said Dan Ciotoli, software engineer and blockchain analyst at Bespoke Invest.

“I’m kind of on the side that XRP itself is not going to be used by banks,” Ciotoli said.

However, Ripple said in a tweet Thursday that 3 of the top 5 global money transfer companies plan to use XRP in payment flows in 2018.

Like many of the alternatives to bitcoin that have emerged, XRP offers far faster speeds than bitcoin, which was the first application of blockchain technology when it launched nine years ago. Bitcoin transactions takes at least an hour to settle, ethereum more than 2 minutes and XRP about 4 seconds, according to Ripple’s website.

All that is faster than traditional systems, which can take days. But there are fintech start-ups such as TransferWise that already allow consumers to send money overseas more quickly and cheaply than most traditional means. In a November report, Bernstein Senior Research Analyst Lisa D. Ellis said a test found using bitcoin to send money overseas was nearly 10 times more expensive than using TransferWise and also slightly slower.

CNBC reported, however, that bitcoin did prove useful for big-ticket items such as school tuition when both the buyer and seller held the digital currency.

“One of the things we all have to remember is the value of a token over the long term is really going to be driven by its utility,” Ripple CEO Brad Garlinghouse said on Dec. 27 on CNBC’s “Squawk Alley.” “There’s no question there’s a lot of hype in this system.”

XRP isn’t quite there yet in terms of actual usage, but then again, neither is bitcoin.