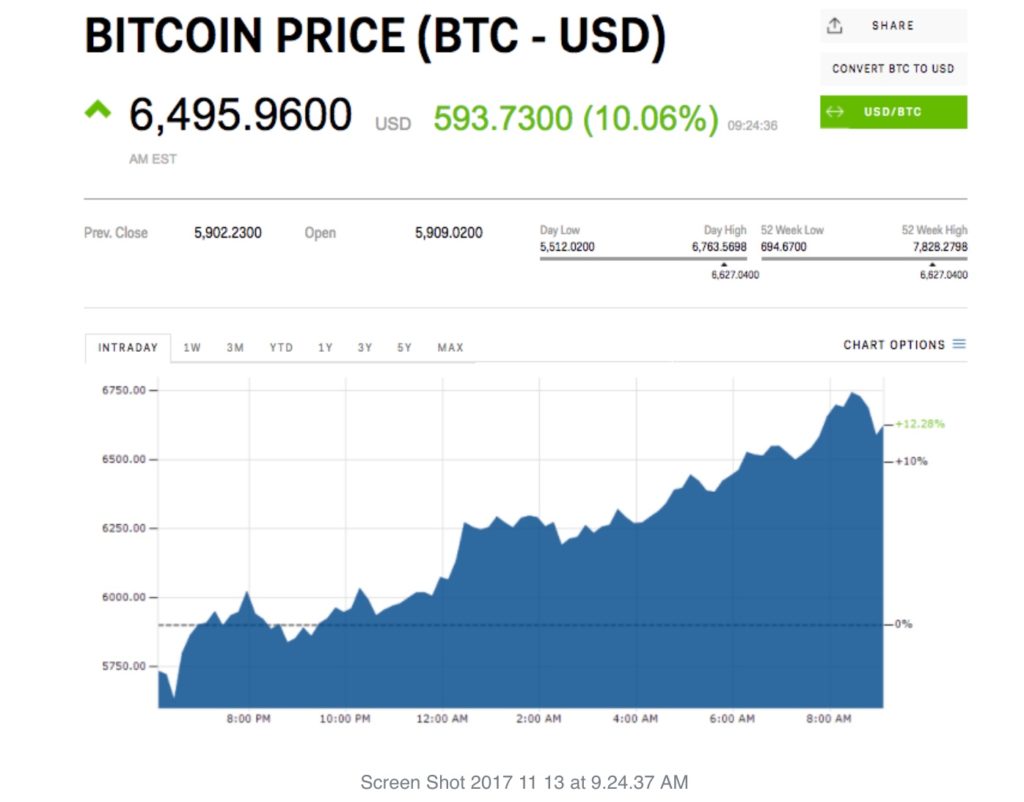 After a shaky weekend, bitcoin is king again but issues still hang over the digital currency.

Bitcoin crashed more than 25% from Wednesday’s all-time high of $7,721 a coin to a low of $5,617 Sunday. During its fall, bitcoin’s market cap as a percentage of the entire crypto-market dipped below 50% for the first time since early October, according to CoinMarketCap.com.

Bitcoin cash, on the other hand, witnessed an impressive rally that propelled the coin to a record-high of $2,500 early Sunday morning. Its share of the market rose to an all-time high above 17%.

By Monday morning, however, the situation was flipped.

Bitcoin cash spun out of the original bitcoin network in August. Backers of the upstart coin thought its design would better help bitcoin’s scaling problem. As more folks have poured into bitcoin, transactions have gotten more expensive and slower on bitcoin’s network. That’s made it difficult for bitcoin to mature and truly rival the scale of larger incumbent payment systems such as Visa and MasterCard.

AllianceBernstein noted some of the issues facing bitcoin in a note out to clients November 10.

The financial services firm test drove bitcoin to compare it to similar networks, like PayPal. The firm didn’t think the coin was able to hold a candle to its reputation as a quick and cheap way to send money internationally.

Despite these difficulties, bitcoin’s command of the market gives it a huge leg up over its rival cryptocurrencies.

“It’s something like Facebook,” Goetz said. “If someone creates a new Facebook that has slightly better features, say 10% better. That’s great, but network effects are strong. So, that new thing isn’t going to kill Facebook.”

Out of the more than 1,000 cryptocurrencies in existence, bitcoin appears to be getting the most attention from traditional Wall Street firms.

Two of the largest exchange groups in the world, for instance, are preparing to launch bitcoin futures in the short term and big trading firms have indicated they would provide liquidity to such a market place.