Apple’s shares have become very oversold in the past two weeks as Mizuho and Pacific Crest downgraded the stock from Buy/Overweight to Neutral/Sector Weight, respectively, and tech stocks took a hit. Their main reason centered around iPhone 8 expectations being baked into the stock given their recent strength and that valuation levels while not excessive don’t allow for much upside. 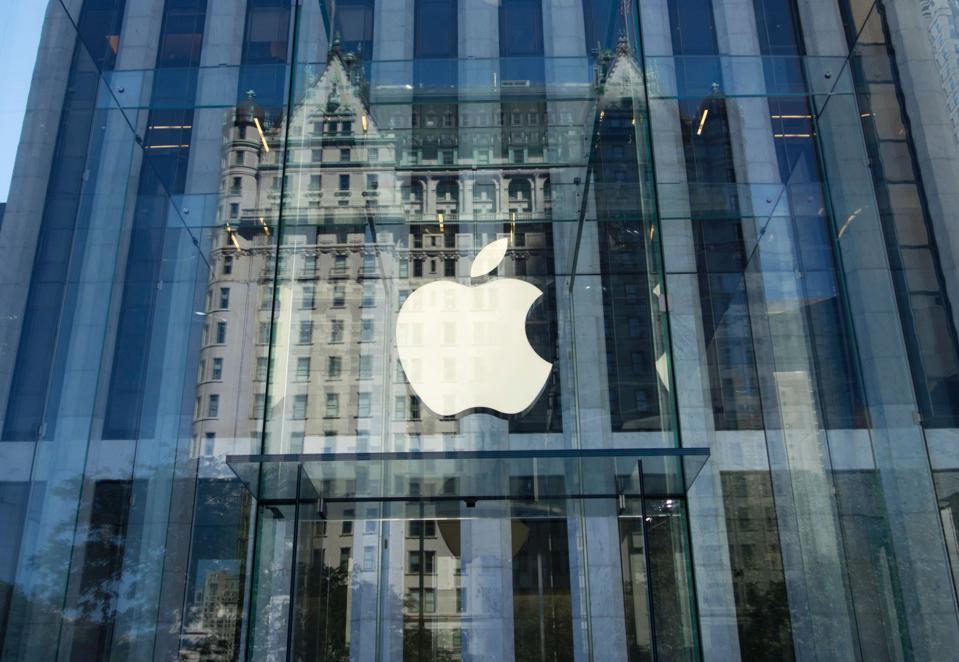 The Apple logo at the entrance to the Fifth Ave. Apple store. Photo credit should read DON EMMERT/AFP/Getty Images

With Apple’s Worldwide Developers Conference over and the next financial update not due until late July the stock will probably move based on sentiment shifts, analysts updates and overall market moves.

Stock has been strong the past year

While only a short-term indicator a stock’s RSI (Relative Strength Index, the top section of the chart below) and MACD (Moving Average Convergence Divergence, bottom section) I believe are worthwhile items to add to a stock investors bag. As can be seen in the chart when Apple’s RSI hits 30 (currently at 30.98) or below and MACD enters negative territory (currently at -5.578) the shares tend to bounce back. 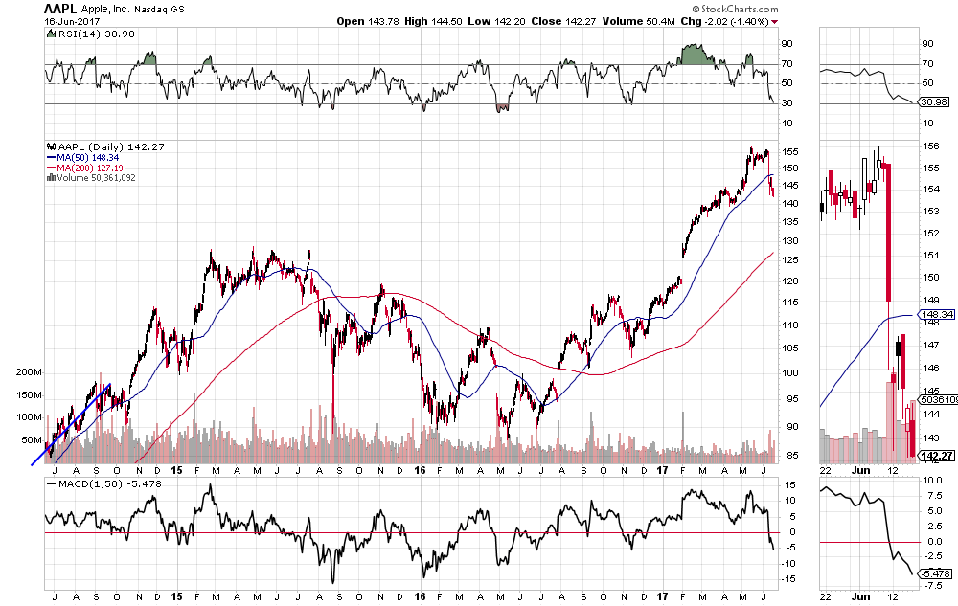