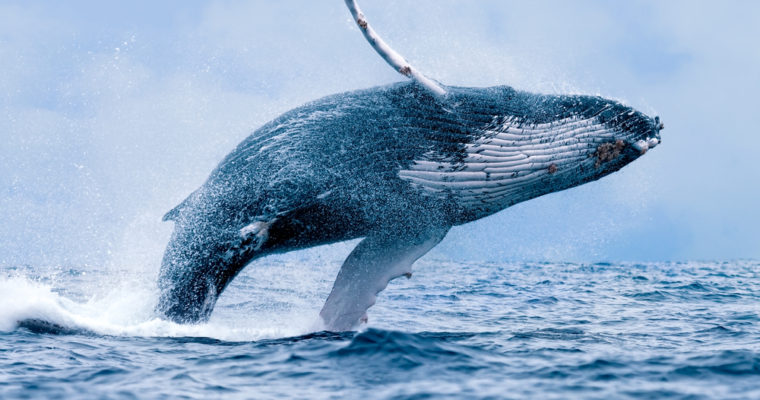 The 2018 bear market has been gut-wrenching for many investors, with the bitcoin price down 80 percent from its all-time high and most other assets suffering from declines of 90 percent or greater. Prices have fallen so far, and stayed down for so long, that many investors who bought cryptocurrency in early 2017 but remain profitable are beginning to cash out before that changes. However, at least when it comes to Ethereum, blockchain data indicates that large-scale holders — colloquially called “whales” — who have hodled through the downturn have bought the dip, significantly growing the size of their holdings.

According to research from Diar, there are currently 500 actively-traded Ethereum addresses among the largest 1,000 addresses. These wallets have accumulated massive amounts of ether during 2018, growing their ETH holdings by 80 percent since January — more than any other period in Ethereum’s history. As of the end of November, these addresses collectively held 20 million ETH, funds worth more than $2.2 billion and constituting nearly 20 percent of the circulating ETH supply.

Diar attributes the growth in whale holdings to investors souring on initial coin offering (ICO) tokens, which have been among the worst performers this year. In addition to growing pressures from the US Securities and Exchange Commission (SEC) and other regulatory agencies across the globe, most ICO-funded startups have failed to deliver on their roadmaps. Even those that have — such as Sirin Labs, creator of the “blockchain smartphone” — often find that their tokens continue to trade at a severe discount to their ICO and initial exchange listing prices. Against this backdrop, traders who “diversified” their Ethereum holdings into ERC-20 tokens are beginning to cut their losses and consolidate back into ETH.

“The massive growth in Ether holdings by active whales could, and most likely is, the result of traders exiting the trading of tokens, most of which have been paired with ETH, which has plummeted by all accounts versus the start of the year.”

However, the increase in whale holdings has not correlated with an expansion in the number of addresses that qualify as whales. Since January, the number of active whale addresses has declined by 30 percent, further concentrating the ETH supply among a smaller group of addresses. That said, the ETH supply is less-concentrated than it was at the beginning of 2017 when whales held around 33 million ETH — more than one-third of the total ETH supply at the time.