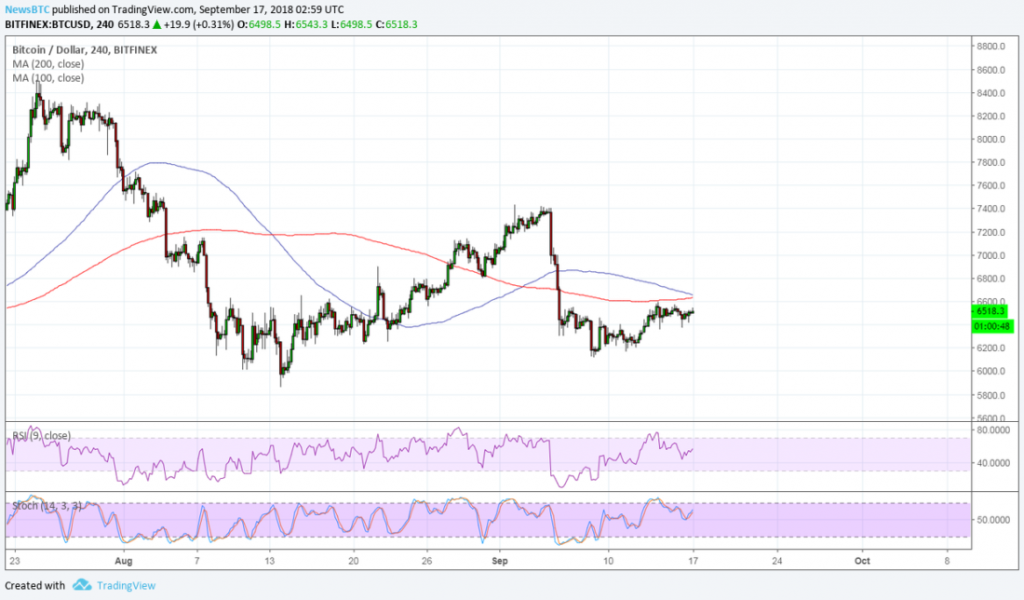 Bitcoin price appears to be gaining some traction off its recent bounce, possibly forming another double bottom.

This is a classic reversal formation, so a rally could be due once price breaks past the $7,400 neckline.

Technical indicators, however, are suggesting that the selloff might still resume.

Bitcoin price might be ready to form another double bottom pattern, but technical indicators suggest that bearish pressure is still here.

The 100 SMA is still above the longer-term 200 SMA for now but it looks like a bearish crossover is brewing. In that case, selling pressure could pick up and these moving averages could continue holding as dynamic resistance levels.

A break past the $6,600 area, however, could prevent the bearish crossover from happening and allow bullish pressure to stay in play. This could allow bitcoin price to stay on track towards testing the neckline around $7,400. A break past this could lead to a rally of around $800 or the same height as the double bottom.

RSI is on the move down, though, so bears have the upper hand. Similarly stochastic just made its way down from the overbought zone to signal a return in selling pressure. In that case, bitcoin price could revisit the lows at $6,200 or even break lower for a continuation of the slide.

It seems that buyers are starting off on a relatively positive note so far this week, though, as there have been no negative updates over the weekend. Should this sentiment persist, more and more bulls could reestablish their bitcoin positions and sustain the climb.

The anticipation for the SEC bitcoin ETF ruling is building up as we are past the halfway point of the month and the deadline is around the last week of September. Indications that an approval is likely could mean significant gains for bitcoin price.