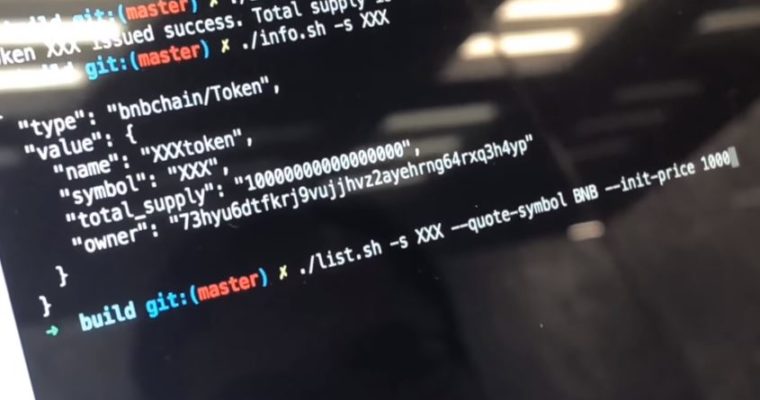 Binance, the world’s largest cryptocurrency exchange, has unveiled the first demo of its much-anticipated decentralized trading platform, which will serve as a core component of the firm’s future public blockchain.

During the brief demo, a Binance engineer demonstrated how to use the platform to issue a new cryptocurrency token and then list it on the decentralized exchange (DEX). The engineer then created and filled a sell order using two separate DEX-connected computers. The platform does not yet feature a GUI, so the demo was conducted using a command-line interface (CLI).

While stressing that the platform is in “rough, pre-alpha” development, Binance CEO Changpeng Zhao said that the project is several months ahead of schedule.

“There’s still a ton of work to be done to turn it into a final product,” he said. “Nevertheless, I think this is a major milestone for Binance Chain.”

As CCN reported, decentralized exchanges are widely viewed as the next frontier in cryptocurrency trading since they allow users to trade assets with other users without entrusting their assets to a third party where they can be hacked by external attackers or stolen by malicious company employees. DEXs can also provide users with access to trading platforms that cannot be censored by hostile governments.

While such already platforms exist, they have yet to attract enough volume to become a major force in the global marketplace. That’s expected to change, particularly as cash-flush businesses like Binance seek to migrate their centralized services to these decentralized structures.

Several other centralized exchanges, including fellow heavyweights Huobi and OKEx, have announced similar plans to build their own decentralized exchanges and public blockchains. Others, such as Coinbase, have pursued DEX acquisitions but have thus far kept their operations separate from the company’s flagship brand.

Last month, Binance announced that it had made its first-ever acquisition, purchasing ethereum wallet provider Trust Wallet for an undisclosed sum that included a mixture of cash, stock, and BNB tokens. The exchange said at the time that Trust Wallet will serve as one of several default wallets for the DEX when it eventually goes live.