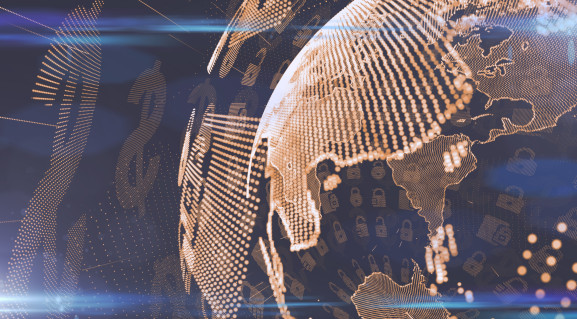 Ethereum  —  as the current incumbent among general-purpose permissionless blockchains  —  has to date offered the best resources, tooling, and incentives for developers to build on top of its protocol. These “layer-two” projects combine off-chain software with some number of smart contracts (which may include a native ERC20 token) to create markets in which users can trustlessly interact and exchange some digital resource. That resource might be the sMPC of private data (in the case of Keep), live streamed video (in the case of Livepeer), generic loan contracts (in the case of Dharma), a CryptoKitty, or something else. These markets rely on the security guarantees and immutability of the underlying chain. And so the success of a project is, to a degree, contingent on the effectiveness of the underlying chain.

My firm has invested in a number of Ethereum layer-two projects to date, including Keep, NuCypher, Dharma, dYdX, 0x, and others.

For a developer seeking to build a blockchain project in 2016, Ethereum was the natural (or maybe the only) choice. If that same developer were to build a project in 2019, he or she would have significant optionality in choosing an underlying protocol.

One of the most exciting developments of 2019 will be the emergence of new “major ecosystems” and thus the beginning of, what I refer to as, the battle for layer two.

Major ecosystems are layer-one blockchain protocols that offer very compelling technical and architectural innovations such that they are likely to capture a significant portion of the technical mindshare within the space. As a number of these new ecosystems approach network launch, we can expect to see direct competition between protocols, each evangelizing its tech and incentivizing engineers to build on top of its stack.

My firm is backing a few different major ecosystems, including DFINITY, Polkadot, Tezos, and IPFS/FileCoin.

How will ecosystems compete?

There are a number of open questions around how this might play out.

What factors are developers likely to prioritize in deciding which base layer to build on? Will developers who have already built layer-two projects on Ethereum migrate their tech to new protocols? I think they will.

Engineers will congregate on the chains that have the best performance (i.e. scalability, security guarantees, privacy), the most accessible and friendly developer environments, the best perceived long-term viability, and (perhaps) the most valuable cryptocurrencies.

Another variable is the degree to which decentralization or censorship resistance are important to a given use case. For example, a gaming application may make more sense on EOS than Ethereum if “platform-grade censorship resistance” is sufficient for its use. Conversely, a decentralized financial market may be better suited for a consensus protocol that allows any participant to validate and verify blocks.

Evidently, the major ecosystems will need to compete on tech as well as on incentives to adopt the tech. Certain new ecosystems incentivize adoption by offering large pools of organized capital mandated specifically to invest in the development of infrastructure, UI/UX and developer tooling on their platforms.

These capital pools will act as growth drivers in their respective ecosystems, much like ConsenSys was a growth driver for the Ethereum ecosystem.

For Ethereum projects seeking to move to a new chain, the process of porting a Solidity smart contract is not a trivial task. Theoretically, with new base-layer protocols using WebAssembly virtual machines, smart contracts scripted in any language that can be compiled down to Wasm (e.g. Haskell, C, Rust) should run correctly. In reality, a developer will need to customize their smart contracts for each chain’s VM, considering the security guarantees, unique native functionality, and idiosyncrasies of each.

This means projects will need to expend technical resources on adapting their codebase, run new security audits on the code for each chain, potentially hire new engineers, etc.

What about the tokenholders?

If a tokenized Ethereum layer-two project decides to launch on top of a new protocol, what does this mean for the project’s existing tokenholders?

The answer to this is unclear today and may differ project to project. It also depends on whether the project is “abandoning” its Ethereum implementation or simply launching a concurrent implementation on top of another chain.

Here are a few approaches we’re likely to see:

Multiple TDEs. A project may elect to run alternative token distribution events (either airdrops or token sales) separately for each base-layer chain it has an implementation on. The tokenholders of a layer-two project could therefore differ from chain-to-chain.

Airdrops to ERC20 tokenholders. A project may elect to airdrop its tokens for each new base-layer chain directly to its ERC20 tokenholders (much like BTC holders receive all of the forks of BTC). This could concentrate economic value to, and incentivize the hodling of, the original ERC20s. The downside of this approach is that the project would not raise any additional capital to finance the costs of porting onto new chains.

Sidechain bridges. Instead of creating additional sets of tokens for each new ecosystem, a layer-two project may elect to facilitate token transfers from Ethereum to other ecosystems via sidechain bridges. This would effectively turn an Ethereum layer-two project into a “meta protocol.” The process would be conceptually similar to the DOGE-ETH Bridge launched by the Truebit team earlier this year: A user could lock up their ERC20s in an Ethereum smart contract, provide proof of such a transaction on the alternative chain, and then either mint or otherwise receive new equivalent tokens on the alternative chain. For example, a 0x user on Ethereum can lock up their ZRX tokens in a smart contract and, by providing a proof, receive DFINITY ZRX tokens on the DFINITY chain. These bridges can also be bilateral, allowing tokenholders to move their balances across chains while still maintaining a fixed total supply of tokens irrespective of the number of cross-chain implementations.

To be clear, I do not necessarily perceive the battle for layer two as an adversarial process or a zero-sum game between the major ecosystems. If my firm subscribed to the belief that there will only be a single winner in the development of permissionless blockchains, our fund would be called Monochain Capital instead of Polychain Capital.

Our bet is simply that the market for developer mindshare is about to get a lot more competitive  —  and that this competition will inspire a great deal of innovation, more efficient capital allocation, and even some consolidation across chains and companies (which we are beginning to see with the recent M&A in the space).