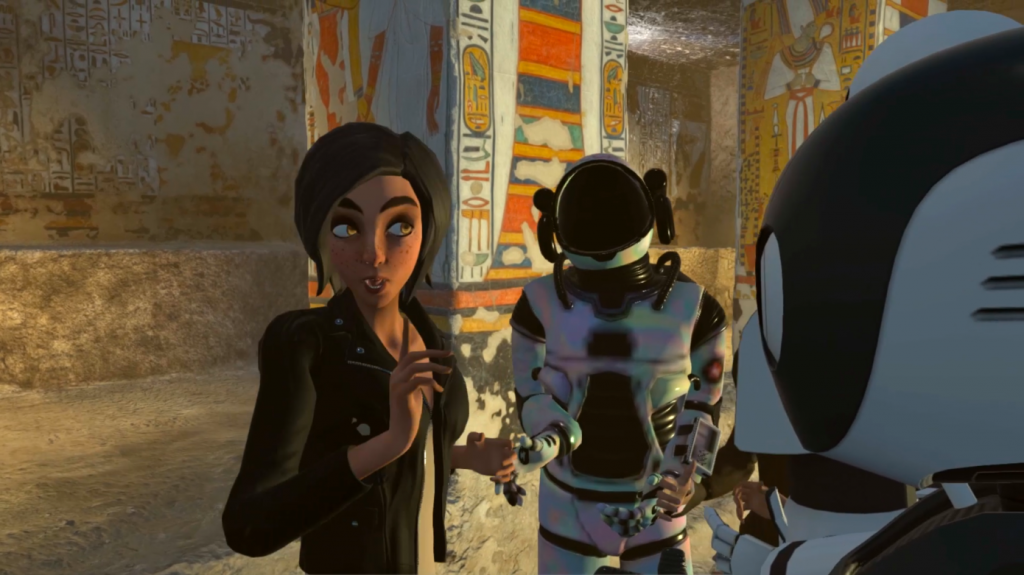 If VR on the blockchain is all a bit too disruptive for you to handle, close the tab and carry on, you Luddite.

The startup is building the framework for a linked universe of user-generated worlds where people can meet up in VR with a backbone that the company’s leadership believes will allow the company to scale quickly once VR hardware catches up with expectations.

Lately, the company has put plenty of resources toward building out the blockchain side of its technology to drive in-game transactions and other aspects of the service. The usage is one of the company key differentiators, even as it devotes resources to tech advances surrounding latency, 3D audio and high-detail environments. Of the company’s 60 employees, 7-8 of the engineers are focusing on blockchain tech currently, Rosedale tells me.

Second Life was well-known for its bustling in-game economy built on its Linden currency that still manages to drive a staggering $700 million in peer-to-peer transactions annually, according to Rosedale.

In High Fidelity’s case, blockchain tech means a way for users to actually own the digital goods they’ve purchased, tying their digital goods to a digital persona. Their Digital Asset Registry does this all in a decentralized capacity. The startup has also founded the Virtual Reality Blockchain Alliance (VRBA), a supergroup of early adopter companies that is basically aiming to let users’ avatars move freely between platforms and bring their blockchain-linked purchases with them.

Virtual reality may offer a worthwhile testbed for the often cagey theoretical real-world use cases for blockchain technology, with platform creators having the opportunity to structure a closed environment with blockchain at the heart of its governance.

Second Life creator Linden Lab, which is also an investor in High Fidelity, has already introduced its own VR play called Sansar. The similarly beta effort loosely integrates various user-created environments into a sort of world wide web of game engine worlds that users can jump between. It isn’t the most polished solution, which is fairly in keeping with the company’s assertion that it’s the “WordPress for VR,” though there are certainly metaverse ambitions at its core, much like with High Fidelity.

For a virtual reality startup that hasn’t talked usage numbers and remains in beta, $70 million is a pretty hefty amount of total funding, especially when they have the looming specter of Facebook investing billions into eating their aspired lunch.

Rosedale acknowledges the challenges, but seems to think that privacy concerns with Facebook are only going to grow more pronounced as more users dive into virtual worlds.

“I believe that when you move into VR, peoples’ concerns about privacy and security and identity are going to be very different than what they are with something like Facebook,” Rosedale told TechCrunch in an interview. “So I think that Facebook’s focus on advertising as their revenue model and their focus on centralization of the services certainly creates an opportunity for competition with them and we intend to be in that space.”

Goals are just that, but no one can accuse Rosedale of being conservative in his. He foresees VR reaching an audience of 1 billion over the coming decade and the market for in-game goods in those worlds hitting $1 trillion, with High Fidelity leading the way.