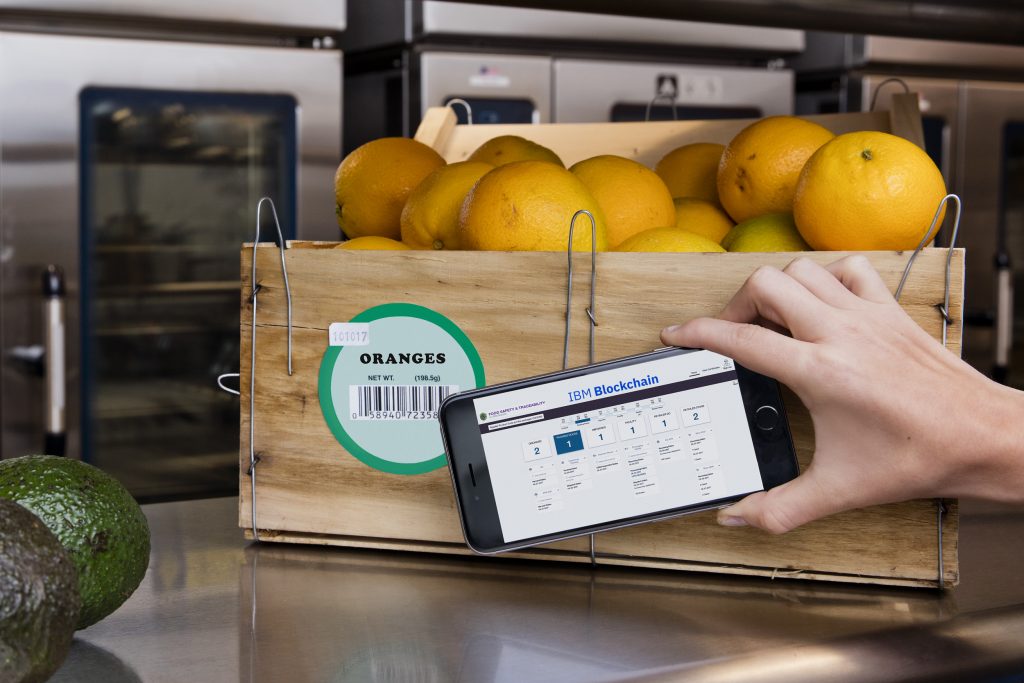 Walmart first tested its conventional way of tracing mangoes at the store back to their origin. It took nearly seven days, said Brigid McDermott, vice-president of food safety for IBM, Armonk, N.Y., which is working with Walmart on blockchain technology.

Then the same test was done with blockchain technology. It took 2.2 seconds.

IBM defines blockchain as a shared, immutable ledger for recording the history of transactions. When used in the food supply chain, possible benefits include speed and transparency in such areas as product recalls and product certifications. Challenges are getting all stakeholders in the supply chain to use it and finding a way to operate if companies use different distributed ledger forms.

“Our c.e.o. (Ginni Rometty) even said that blockchain has the potential to transform transactions the way the internet transformed communications,” Ms. McDermott said. “I buy into that. I do think it is that sort of fundamentally transformative, and the impact is phenomenal.”

“Nestle has been involved in industry collaboration to improve traceability and hence consumer trust through the value chain,” said David Sheldon, head of global supply chain development for Nestle S.A. “We are keen to explore new technologies that improve access to information within the value chain, including the blockchain technology.

“At present, this work is at an early stage, but we are progressing with tests of the blockchain technology and concept in the U.S. with IBM and Walmart. We look forward to continue this collaboration of improving the food system that will eventually benefit our consumers.”

More on blockchain efforts from Walmart and IBM may be found here.

“I do believe that it will be widely used in the food supply chain,” Mr. Biane said of blockchain. “There are pilot efforts already underway with several sizeable companies.”

“If by using blockchain technology it is determined that the affected product is a small lot, then it could be possible to trace it down to the exact store that sold the product,” he said. “In this example you may reduce the breadth of a recall to one state, or maybe even one city. Think of the amount food that would not have to be destroyed unnecessarily. That could benefit consumers and society.”

While blockchain may provide food safety benefits in the supply chain, it also could play a role in certifications such as organic, non-G.M.O. and allergen-free.

A VALUE FOR EVERYONE

Getting all stakeholders along the supply chain on board with blockchain may be as difficult as it is desirable. The supply chain may involve as many as 12 steps, Ms. McDermott said. Getting growers, processors, manufacturers and retailers to share data will mean getting them to understand the value.

“In order to get real traceability, you’d need everyone to participate,” Ms. McDermott said. “We firmly believe the way to get there is to create this concept of shared value to make sure that everybody that is using the system sees value from it.”

Ms. McDermott said retailers could reduce their loss of revenue caused from pulling undamaged or unaffected items off the shelf during a recall.

Cargill, Minneapolis, is trying blockchain technology in its turkey operations.

“The technology is fantastic,” said Mike Robach, vice-president of food safety, quality and regulatory affairs for Cargill, on Jan. 22 at the Dairy Forum in Palm Desert, Calif. “We’ve had great success with it. Right now, the big challenge is how do you get all the players in a supply chain engaged in blockchain? You’ve got to incentivize the whole of your supply chain to get involved. For us, that means we have to figure out how to incentivize a cocoa farmer in Ghana to participate.”

One way would be to point out the reduction of paperwork, Ms. McDermott said. Currently, farmers and manufacturers may need to send multiple copies of certifications along the supply chain, she said.

“The amount of paper that is involved in the food safety process is somewhat amazing to me as someone who has worked in technology for a long time,” she said. “I just can’t believe how much paper there still is and how much of a burden that is for people.”

With blockchain, all the information could be available in the shared ledger.

Achieving interoperability among companies who are using different distributed ledger platforms is another challenge.

“If we post GFSI certificates as part of a supply chain requirement with company X, Y or Z, we would have to build a bridge into that blockchain,” Mr. Biane said.

Standardizing the source coding for the food industry would help so that companies would need to use one platform instead of adopting multiple software interfaces, he said.

Ms. McDermott added, “I think there will be increasing efforts around interoperability.”

IBM in its blockchain efforts works with Hyperledger, a global collaboration hosted by The Linux Foundation, but that’s not the only option in blockchain technology.

“Blockchain is a new way of organizing data, made famous by Bitcoin, but its uses go far beyond that,” said Jesse Dowdle, chief technology officer for RizePoint. “When used in food safety, blockchain technology establishes trust, accountability and transparency across global food supply chains.”

Blockchain technology began with cryptocurrency about a decade ago, Ms. McDermott said. Financial institutions have been using it for years, which should help to alleviate security or “hacking” fears among the food industry, she said.

“It’s not brand new technology that somebody just invented,” she said.

Bitcoin is an example of cryptocurrency, which differs from the blockchain technology that would be used in food supply chains, Ms. McDermott said. In Bitcoin, all the information is available to the public, but the company or person involved in the transaction is not named. When blockchain is used in the food supply chain, all stakeholders are identified, but the information may be shared with only approved companies or people.

“From my understanding, the data uploaded can be kept secure,” Mr. Biane said. “Permission can be granted to a limited audience.”

THE FUTURE IN FOOD

A Deloitte online survey released in December 2016 involved 308 senior executives in the United States at companies with $500 million or more in annual revenue. Thirty-nine per cent of the executives indicated they had little or no knowledge on blockchain technology. Within the other 61%, 55% said their company would be at a competitive disadvantage if it failed to adopt the technology. Twenty-eight per cent of the respondents said their companies already had invested $5 million or more in blockchain technology with 10% investing $10 million or more.

Blockchain technology in the food industry is still in its infancy, Mr. Biane said, making it a challenge to determine the return on investment.

“Similar to many technology applications, I would expect to see the front-end cost of the technology become more reasonable as the adoption rate grows, and as more food safety or traceability situations are quantified, the R.O.I. will look better,” he said