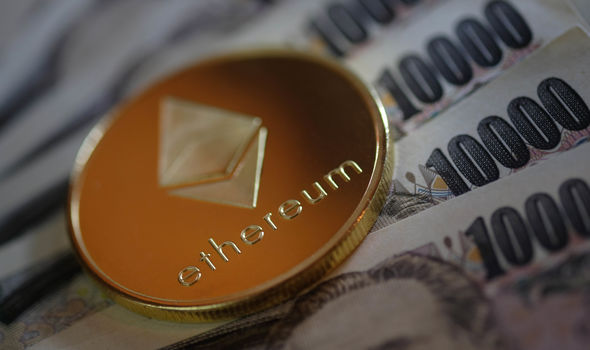 ETHEREUM is one of many of the major cryptocurrencies that suffered losses on opening this morning as ETH dipped by more than five percent. Why is ethereum dropping today?

The second archest cryptocurrency by market cap has suffered new losses today in a morning where all the major cryptos are in the red.

The market cap currently stands at $89.55 billion and some$1.58 billion was traded on exchanges over the past 24 hours.

But why has the token fallen into the red today, February 21?

Why is Ethereum dropping today?

The cryptocurrency largely held steady at around the $900 mark in February, apart from a drop to $585 on Feb 6 – recovering the following day.

But today Ethereum dropped below the $900 mark again as all other cryptos also recorded losses.

It is currently unclear why the cryptos have suffered losses today, but market volatility is high in the cryptocurrency world.

Today’s dip comes after President Nicolas Maduro revealed Venezuela had received $735 million in the first day of a pre-sale of the country’s “petro” cryptocurrency.

Aimed at pulling the country out of an economic tailspin, the government is developing what is being described as an Ethereum-based token, called the Petro.

Dr Daniele Bianchi told Express.co.uk that, just like an Initial Coin Offering (ICO), the Petro will be introduced through a pre-sale which will offer the new cryptocurrency at a discount.

Mr Bianchi says that, rather than a cryptocurrency, the Petro is really an Ethereum-based token like many others being seen in the ICO eco-system.