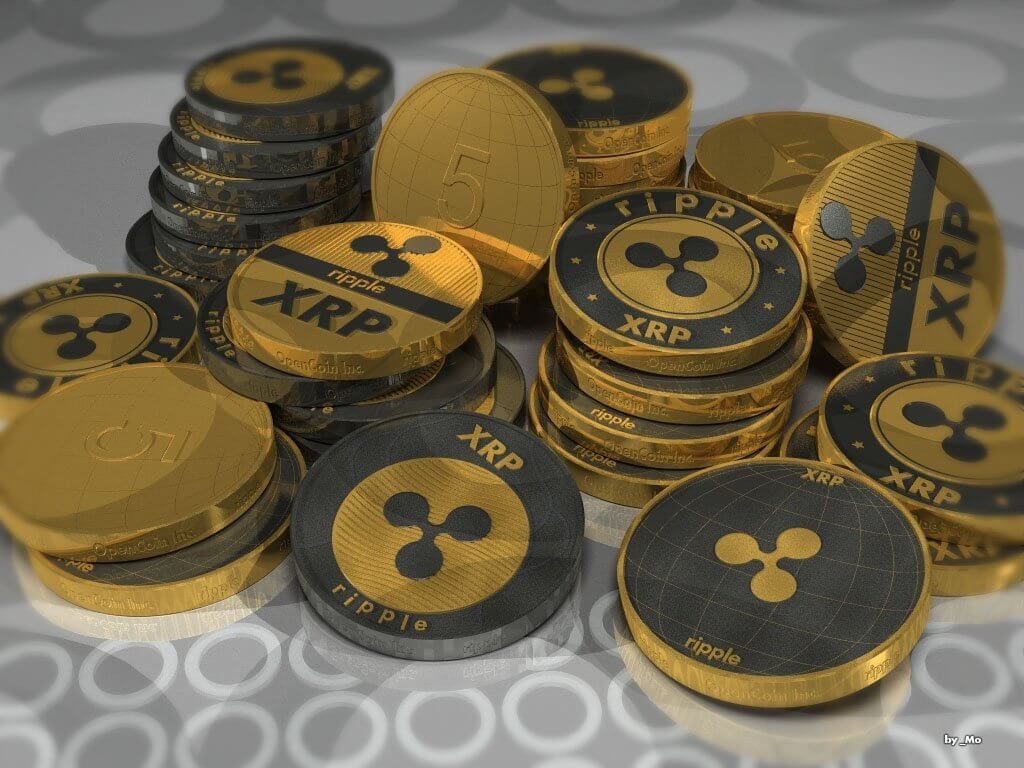 Ripple (XRP) rose to meteoric heights in December 2017, reaching what some are calling ‘Big Mac’ parity, only to pull back over 80% in January. The market cap now stands US$105.6 billion, with US$2.65 billion in trading volume over the last 24 hours.

While XRP aims to disrupt the remittance and cross-border payment industry generally, the main goal of RippleNet is to take on SWIFT, a telecom cooperative created over 40 years ago that is currently used to send secure financial messages between banks. These messages exclude clearing or settlement.

Ripple recently celebrated its fifth birthday, having been created in 2012, and now claims over 100 financial and banking partnerships around the world, most recently with the Saudi Arabian Monetary Authority. However, a Bloomberg article on January 25th suggested banks “have no interest in using XRP.”

The network has an existing supply of ~100 billion, 55 billion of which was placed in escrow in December 2017. By securing the lion’s share of XRP in escrow, anyone can now mathematically verify the maximum supply that can enter the market, and eliminates any concern that Ripple could flood the market. Taking this into account, the circulating supply stands around ~US$46.48 billion.

According to recent Bitmex research, 7 billion XRP was held by Ripple as of January 31st, 39 billion XRP has been distributed, and 55 billion XRP remains in escrow. Distribution and internal holdings have fluctuated over time with supply estimates based on available data from 2013-2015 unable to reconcile “how many XRP were sold, at what price, or how many were given away” according to the research team.

However, Ripple states that market participants purchased US$20.1 million in Q4 2017. These participants tend to be institutional buyers, and their purchases typically include restrictions that mitigate the risk of market instability due to potential subsequent large sales. Additionally, the company sold US$71.5 million worth of XRP programmatically, as a small percentage of overall exchange volume.

XRP transactions per day have steadily increased in an upward trend since 2014. The network, RippleNet, is composed of; xCurrent, which processes global payments for customers; xRapid, to source on-demand liquidity; and xVia, to plug into RippleNet to send payments.

It was recently announced that xCurrent will be used Chinese ecommerce company LianLian international. Non-bank financial services institution, Cuallix, recently became the first worldwide institution to use xRapid, reducing the cost of sending cross-border payments from the U.S. to Mexico. Moneygram, a remittance service, is also piloting a xRapid program.

At US$0.0067 currently, XRP has the cheapest average transaction cost among other high cap coins (not shown). XRP, Ethereum Classic, and Dogecoin have had a similar fee market over the past few months with Zcash consistently cheaper than all others. For the most part, transaction fees denominated in USD rise and fall in line with the cost of the coin itself.

The network value to estimated on-chain daily transaction (NVT) ratio can be used to assess the network’s relative utility over time, although NVT is difficult to compare between coins which use different transactions types. The XRP NVT ratio has been trending lower since July 2015 suggesting transactional use has increased since that time, reaching a low of 75 in January.

Exchange traded volume is largely led by Korea (KRW) with a >5% premium on Bithumb, an exchange with fee-free trading which inherently inflates reported volume data. XRP has been the most popular market added to Bithumb since being added in May 2017. XRP is not nearly as widely traded in JPY or CNY, largely due to trading pair availability and continues to be added to exchanges around the world, most recently Zebpay in India.

While traders normally use charts from the highest volume exchange, the more broad XRP/Tether (USDT) market has the most available data. These charts show that the explosive gains from late December have been erased.

Indicators like Ichimoku Cloud, Exponential Moving Average (EMA), and chart patterns can be used to determine if the trend remains bullish.

XRP had been in a bullish triangle consolidation pattern throughout 2017, while holding above the 100EMA on the two-day chart and the 200EMA on the daily chart. After the initial breakout, price found resistance at the yearly R1 pivot and 7.618 fib extension.

A bearish double top pattern has begun to form on high timeframes. However, due to the sharp inverted V structure, an Adam-Eve or Adam-Adam is possible. Horizontal support for the pattern is ~US$0.70. Despite the pattern being bearish, this would suggest a gain well North of US$2.50.

The  Ichimoku Cloud metrics on the daily chart are all bearish, with a potential bearish Tenkan bounce at the current price level. However, the distance between the Kijun (mean) and Tenkan suggest that XRP is heavily oversold.

If price cannot break the Tenkan, bearish continuation is strongly indicated. A long, flat Kumo at US$1.73 is a magnet for price so long as price does not make a lower low. Should bullish momentum exist, a push to that zone, near the Kumo twist on February 26th, is likely.

Price has also held above the 200EMA, just as it did during a multi month-long period triangle consolidation pattern. Price will likely continue consolidating between the 50EMA and the 200EMA until either level is broken, with higher volume.

The Ichimoku Cloud on the four hour chart also is decidedly bearish, but price has broken the Cloud for the first time since dropping below the Cloud in January. This is the earliest indication of a trend reversal. A long entry signal would follow a bullish Kumo breakout and bullish Kumo twist, and/or a bullish 50/200EMA cross.

Lastly, the trading in the bitcoin (BTC) market indicates that XRP has bounced off a key horizontal level and broken the 50EMA after completing a bullish reversal chart pattern, the falling wedge. XRP fell from this level after forming a bearish descending triangle in May. The measured move and 1.618 fib extension yield a projected target zone of 20,000-25,000 Satoshis.

XRP is a controversial cryptocurrency for several reasons. First, the supply and consensus mechanism suggests that XRP is neither distributed nor decentralized. While nothing is inherently wrong with this, it can be misleading to newcomers who do not understand the differences and nuances between blockchain projects.

Second, major news outlets have reported banks having no interest in actually using XRP, yet RippleNet continues to announce partnerships with multiple banks and companies around the world, seemingly fulfilling their mission to bring broader adoption of the XRP network across the globe – beyond just speculation.

Technicals suggest a continued bull trend, after a return to the mean from being heavily overbought. A USD value of $2.50 and a BTC value of 20k sats is likely within the next few weeks, should the trend continue with its current momentum.